Starting at the young age of fifteen, Brooklyn born photographer Jamel Shabazz identified early on the core subject of his lifelong investigation: the men and women, young and old, who invest the streets of New York with a high degree of theater and style, mixing traditions and cultures.

Despite following a celebrated tradition of street photography that includes Gordon Parks, Garry Winogrand, and Lee Friedlander, it is to his credit that Shabazz has been one of the first photographers to realize the joyous, infectious potential of youth culture in neighborhoods such as Red Hook, Brownsville, Flatbush, Fort Greene, Harlem, Manhattan’s Lower East Side and the Grand Concourse section of the Bronx.

A formidable archive of New York’s communities in the outer boroughs, this exhibition pays homage to Shabazz’ illustrious career of over forty years documenting the vibrant interaction of New Yorkers with their neighborhoods.

The pioneering work of grassroots activists to save New York’s historical districts from being replaced by a brutal system of speedways has been for some time the focus of academic speculation. Nevertheless, Jane Jacob’s observation that “large numbers of people entertain themselves, off and on, by watching street activity” resonates beyond the walls of academia and finds validation in the work of Jamel Shabazz. Indeed, his photographs attest to the endurance of Jacobs’ belief that informal activities taking place in the streets contribute to public safety.

Shabazz’ photographs capture the intricate ballet of daily life in the metropolis, where everyone is both part of the audience and on display at the same time, where everyone is at once a stranger and an equal. At the core of his practice is his steadfast sense of empathy with the common man and woman he meets on the streets, regardless of their race or social status.

Through his lens, everyone gets the same share of exposure; whether black, white, Native American, or Latino his subjects are presented as the natural proprietors of the street. His images cast an impartial gaze on everyone he meets, including inmates, or fellow correction officers he met during his twenty-year tenure at Rikers Island; dapper b-boys, or young Muslim men and women dressed in their finest. The photographs in this exhibition were all made between 1980 and 2020. All of the people shown in these photographs reside within the five boroughs of New York City.

To see this exhibition in person, please reserve a free ticket here.

Jamel Shabazz was born and raised in Brooklyn, New York. At the age of fifteen, he picked up his first camera and started to document his peers. Inspired by photographers Leonard Freed, James Van Der Zee, and Gordon Parks, he was marveled with their documentation of the African American community. In 1980 as a concerned photographer with a clear vision he embarked on a mission to extensively document various aspects of life in New York City, from youth culture to a wide range of social conditions. Due to its spontaneity and uniqueness, the streets and subway system became backdrops for many of his photographs.

Shabazz says his goal is to contribute to the preservation of world history and culture. In the past 10 years he has had over two dozen solo exhibitions; “Men of Honor”, “A Time Before Crack”, “Pieces of a Man”, “Represent”, When Two Worlds Meet”, “Back in the Days,” and “Seconds of my Life,” which have been shown from Argentina to The Netherlands, England, Italy, Germany, France, Japan and throughout the United States.

An even longer list of group showings include Art Basel; Miami, the Brooklyn Museum, the Newark  Museum, the Contact Photo Festival, the Victoria and Albert Museum, The Studio Museum in Harlem, Duke University, and the Adidas Photo Festival in Ethiopia.

Over the years Jamel has volunteered, working with a wide range of organizations centered on inspiring young people in the field of photography and social responsibility. In addition, he has been a teaching artist with the Rush Philanthropic Arts Foundation; the Bronx Museum’s Teen Council youth program, The International Center of Photography, Friends of the Island Academy; and the Studio Museum in Harlem’s Expanding the Walls Project.

Adding to his community service he has lectured at the Fashion Institute of Technology, The International Center for Photography, The Brooklyn Historic Foundation, Haverford College and Parsons New School of Design.

Shabazz is the author of 5 monographs and has contributed to numerous others. He is presently working on a new book, titled “The Book of Life”.

Jamel Shabazz: Eyes on the Street has been organized by the Bronx Museum’s chief Curator Emeritus Antonio Sergio Bessa.

The exhibition is part of Our Stories, Our Voices––a year-long series of exhibitions and public programs celebrating the 50th Anniversary of the Bronx Museum of the Arts. These exhibitions are organized around the idea that visibility is a tenet of social justice.

Jamel Shabazz: Eyes on the Street is made possible by the lead sponsorship of an anonymous patron and the additional support of Derrick Adams, Dana Emmott, Joseph Mizzi, Melissa Osterwind, Steve Shapiro, and SRI Fine Art Services. Special thanks to Griffin Editions, and Faith Art Gallery. 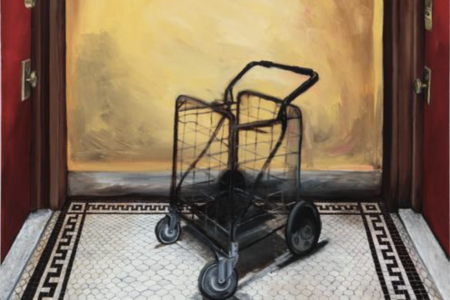 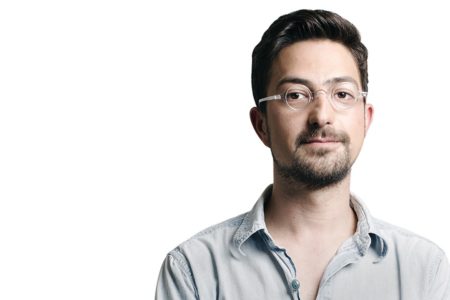 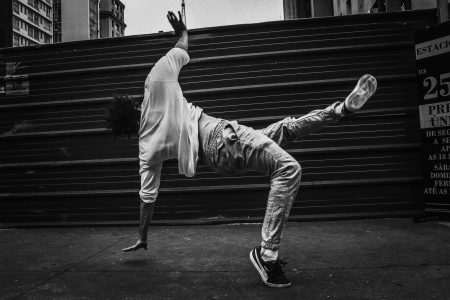