A poisonous copperhead snake bit a worker on Tweed Boulevard, Orangetown, NY earlier this week, almost costing him his life.

Richard Petti, 28, a former New City resident, ended up at Jacobi Medical Center in the Bronx which specializes in poisonous snake bites. His whole right arm had turned black and was badly swollen.

Petti works for Coppola Services and was cleaning a septic tank Monday morning at a Tweed Boulevard house in the woods. He was climbing down a ladder leaning against a stone wall, when a the snake came at him and bit his forearm.

Orangetown police first reported that Petti got bit by a black snake, which is nonpoisonous, and that he worked as a landscaper. The bite came when he picked up a rock, police initially said.

Accordin to the police Petti likely ended up in the Bronx hospital based on an examination by emergency room doctors.

The medical center specializes in snake bites and carries anti-venom serums. Jacobi, which has collaborated with the nearby Bronx Zoo, has been the region’s snake bite treatment center since the early 1980’s.

Petti’s fellow workers tried catching the snake or seeing where he went off too, but not surprisingly kept a safe distance from the wall. It turned out this was a northern copperhead snake, which is extremely venomous.

The copperheads are indigenous to the region and live communally in crevices and mountainous areas with other copperheads. Adult snakes range in length from 26 to 42 inches and are usually cooper or brown. The snake is a carnivore.

Petti, who is married with two children and lives in Pine Island, is recovering well and could be released from Jacobi in a few days. 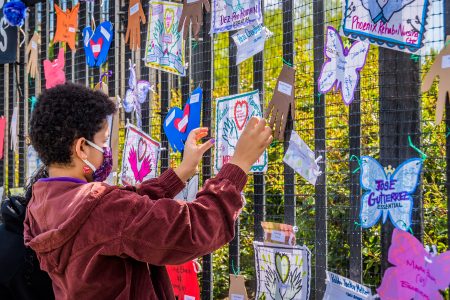 We Remember: A Community CoViD-19 Memorial

The Premise Behind The Soda Tax