Testimony of Bronx Borough President Ruben Diaz, Jr. before NYC Council Committee on the Justice System regarding the Implementation and Expansion of Right to Counsel in Housing Court:

The housing affordability crisis facing our city has touched people living in every neighborhood in all five boroughs. Millions of New Yorkers are rent burdened or severely rent burdened and tens of thousands of households are at risk of eviction every year. Homelessness is at or near its all-time high, with a recent City Council report saying that 83,277 individuals were homeless in January 2019 including 3,950 individuals experiencing street homelessness. In fiscal year 2019, there were 20,013 evictions citywide. These numbers indicate a crisis that we must do more to address.

Nowhere in the city is this truer than in the Bronx. Of those 20,013 evictions citywide, 6,856 were in the Bronx – 34 percent of the total. Bronx residents are least likely among the boroughs to have representation in housing court at only 29 percent. There were 30,753 eviction warrants issued in the Bronx in fiscal year 2019 accounting for 38 percent of the city total, including the most warrants for non-payment among the boroughs. According to a report by the Furman Center, the Bronx was the only borough to see an increase in eviction filings between 2010 and 2017, and this increase happened in every Bronx community district.

The ‘right to counsel’ legislation that New York City adopted in 2017 was a strong step forward to keeping people in their homes. I am proud to have supported the passage of this landmark legislation and am thankful for the thousands of Bronx residents who have been able to stay in their homes due to the assistance that they received under this program.

This program is working as intended. More tenants are gaining access to counsel than ever before. In 2013, only one percent of tenants in housing court had representation. That number had grown to 32 percent by the end of fiscal year 2019. Additionally, according to a March 2019 report from the Community Service Society, between 2017 and 2018, evictions in the covered ZIP codes declined by 11 percent compared with only four percent overall. More representation and fewer evictions show the program’s success thus far.

According to the second annual report on the “right to counsel” implementation from the Office of Civil Justice (OCJ) in the Human Resources Administration (HRA), 32,170 households citywide were aided in their eviction cases in fiscal year 2019 under this law, including 10,906 households in the Bronx. But still only 32 percent of the tenants who appeared in housing court had representation in the fourth quarter of fiscal year 2019. Clearly, there is more that must be done to ensure that every tenant is getting a fair shake in housing court.

The implementation of the “right to counsel” law is continuing to be rolled out by ZIP code. Currently, there are 25 ZIP codes citywide where universal right to counsel is available, including five in the Bronx. Additionally, to qualify for the benefits of the program, the household must make no more than 200 percent of the poverty level. This leaves a large number of people who are not qualified for the program but still facing evictions. While many low-income New Yorkers are being served, middle class residents who are still struggling to pay their high rents are falling through the cracks. The majority of households who have been able to get access to counsel through this program were living in poverty, including 63 percent of those who used the program in the Bronx. An HRA study from 2016 found that 38 percent of tenants without counsel in housing court had incomes over 200 percent of poverty. This number has likely only grown as more people living in poverty gained access to counsel.

The two bills that the City Council is currently considering to expand the right to counsel law would help close this gap and to ensure that even more tenants have access to the counsel that they deserve in housing court.

I support Intro 1104 to expand the Right to Counsel Law to more New Yorkers. Middle class residents are facing increasing rents that make it hard for them to stay in their homes. The rent law that the state legislature passed and Governor Cuomo signed last June was a strong step forward towards tackling high rents. While it was focused on tenants in rent stabilized apartments, there were benefits for all New Yorkers including the capping of security deposits and the recent rule about payment of broker fees that is being adjudicated in the courts. This rent law will help tackle the eviction crisis because it removes one incentive for landlords of rent stabilized apartments to try to evict their tenants because there is no longer an option for them to raise rents from the vacancy bonus. This will help keep rents down.

Intro 1104 will raise the cap on who can have access to counsel through the city program from 200 percent of poverty to 400 percent of poverty. According to the federal poverty level, for a family of four this would be $103,000 per year, thus covering middle class New Yorkers as well as low-income residents. This would be a big boost to keeping people in their homes. Middle class residents in New York City are much less likely to be homeowners than middle class residents elsewhere in the country. Opportunities for homeownership are limited in our city, particularly in the Bronx as was discussed in my recent report A Place to Call Home: Pathways to Homeownership Preservation and Opportunity in New York City. Therefore it is imperative that the City Council act to help keep middle class renters in their apartments, and Intro 1104 will help do just that.

Intro 1529 would also result in more tenants utilizing the universal access to counsel program. In fiscal year 2019, 68 percent of tenants in housing court did not have legal representation. This still included 38 percent of tenants in the ZIP codes already covered by the law. There are thousands of people – even in the covered ZIP codes – that were still at a disadvantage in housing court. One of the problems with this is that many people do not know about the fact that they may be eligible for access to counsel under this program. The requirement for OCJ implemented under Intro 1529 to expand their community engagement and education efforts will help mitigate this issue by increasing the outreach that community organizations do to ensure that everyone who eligible under this law gets counsel under the law.

The Council must ensure that the expansion of the “access to counsel” law is fully funded in subsequent budgets. Additionally, OCJ must find an adequate number of lawyers to help tenants in housing court so that each tenant gets the level of representation they deserve. Without an adequate number of lawyers working on these cases, tenants will not get the full attention they deserve from overburdened advocates. OCJ should continue its strong efforts to recruit more legal advocates to participate in the program, especially ensuring that the lawyers that have experience in housing court stay in the program to provide the tenants with the best representation.

We must also make sure that the residents of NYCHA are aware of their rights to access counsel in NYCHA administrative termination of tenancy hearings. Under Intro 1529, OCJ should also engage with NYCHA tenants’ associations in addition to those associations in private rental buildings to make sure that the information about tenants’ rights goes out to as many people as possible.

I would like to commend Council Members Mark Levine and Vanessa Gibson for their efforts on this important issue and I urge the Council to adopt these two pieces of legislation. I look forward to seeing every tenant in housing court have access to counsel and for as many people as possible to avoid eviction and to be able to stay in their homes. 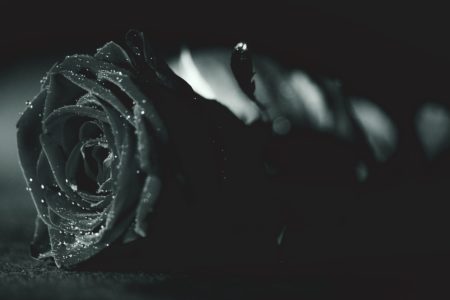