On Sunday, March 31st, the Justice Reform Bill passed that was being aggressively pursued by Governor Andrew Cuomo, which is a fantastic remedy to issues that have been plaguing the criminal justice system in the State of New York for some time. The reform bill will not be put into effect for next year; however, it will have several positive impacts on criminal procedure accuracy within the State of New York.

One of the primary issues that has been examined in the Justice Reform Bill is what regulations are required regarding bail and jail time for the accused prior to their preliminary hearing. In the past, the lack of clarity on this issue has caused several security risks and judges to commit procedural errors that both put the public safety at risk but also potentially deny the accused the rights they are protected by in the Constitution.

Essentially, the plan will do away with cash bail for misdemeanors and non-violent felonies. It would have a multi-level approach based on the nature of the crime committed by the Defendant. Defendants would be either released on their own recognizance or put under non-monetary conditions. Non-monetary conditions could be to check in regularly with a pretrial services agency, turn in a weapon, wear an ankle monitor or have travel restrictions. For more severe and dangerous crimes, particularly related to Domestic Violence, there would be an option for judges to institute a five-day hold in jail for defendants prior to their initial hearing.

Another reason for the current reforms is that the existing bail system is too monetary focused, which can lead to corruption where defendants are paying money but are then released to be a further safety risk while waiting for trial. The mechanism for setting bail is always up to the judge regarding the amount and conditions, which creates chances for errors in the application of statutes and precedent. Bail is something that guarantees the next court appearance; itis not punishment of inability to fight the case.

Now that the Justice Reform Bill has been buy levitra in thailand passed, it will help mitigate the risk surrounding judges making careless legal errors due to lack of research or having an excessive caseload. One such example can be seen from Brooklyn Supreme Court Judge Danny Chun. Recently, Judge Danny Chun has had several court cases reversed by the Appellate Division. One of the most recent examples is People v. Mayer in which a Hasidic Jewish man had his case reversed by the Appellate Court when he was accused of beating a black gay man. The reversal came from an inappropriate application of the weight of DNA testing and the OCME criminologist’s testimony, which had it been looked at carefully, perhaps the discretion could have been avoided. Brooklyn Supreme Court Judge Danny Chun recently denied bail to John Giuca who had his conviction tossed out at the Appellate level for the 2003 murder of 19-year-old Mark Fisher. Giuca’s case was reassigned to the Brooklyn District Attorney’s Office to have an opportunity to make a case for reinstating Giuca’s conviction, which was overruled by Judge Danny Chun. This was then overruled by the Appellate Court and permitted to be heard in the Court of Appeals. In addition to case reversals, Judge Danny Chun had a very controversial interpretation of the Peter Liang Case where he downgraded the charge of Liang to Manslaughter, denied the motion for a new trial, and improperly overrode the jury and prosecutor who had come to sound legal conclusions.

Legal errors by judges can happen during the trial and discovery of a case. Even though Judge Danny Chun had a handpicked number of cases that were in the public eye, it raises the question as to how many other smaller legal errors may have been committed by him and other judges at earlier stages in court proceedings. This is precisely why it was a great win for the New York legislature to pass the Justice Reform bill because it will eliminate a great deal of errors made by judges in setting up bail for defendants. 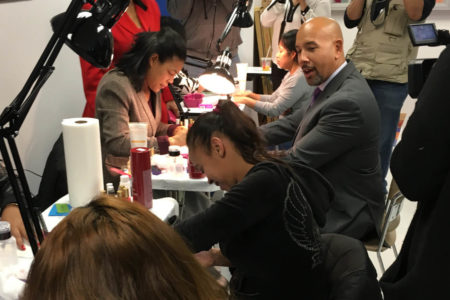