Steven Smith, owner of the Oak Point Property at the South Bronx waterfront, is being honored by the Waterfront Alliance on September 25 as a 2018 Hero of the Harbor.

Once polluted and forsaken, Oak Point now is home to healthy wetlands, thriving businesses (Jetro Cash & Carry/Restaurant Depot and the new McInnis Cement Marine Import Terminal), and plans for a public waterfront walkway. The story of this site’s transformation, and Steve’s own journey through the years with demanding lawyers and judges, distrusting environmentalists, and the tough but ultimately supportive South Bronx community, is the stuff of movie scripts. Hold on for Steve’s rollercoaster ride, below.

When did you first see Oak Point?

I saw it first in the summer of 1998. I used to work for an electrical engineering company called ABB and we were looking for a power plant site in New York City because the city had not built a new power plant in decades. We found this 28-acre site at the Bronx waterfront that was an old illegal landfill—all overgrown, and filled with trash and abandoned vehicles. It was love at first site.

How did you end up taking over?

ABB took an option on the property, but then the guy who owned the property put it into bankruptcy. The property was valued at $35 million but the debt on it was $60 million. It was a mess. There were lawyers, banks. I had already stepped in as a trustee. Nobody wanted to run the company because of the environmental liability. I forged ahead and took over. I closed the deal on November 8, 2002, the same day I got married to my wife Ana. My best man and I showed up in our tuxedos and I signed this deal, and then I went to get married. I said to Ana, “Before you say ‘I do,’ I just want to let you know I am $60 million in debt.” And she said “I do!”

It took seven freakin’ years to get it out of bankruptcy. The property had a notorious history. The guy that owned it had dark connections. Not a good guy. He had thumbed his nose at the DEC [New York State Department of Environmental Conservation] and thumbed his nose at the City. Here I am taking a whack at it and I am viewed with a lot of suspicion. I had to go through an extraordinary amount of vetting. It took a long time to build trust. Then, slowly, it started working out really well.

What happened after you got Oak Point out of bankruptcy in 2009?

We put $3 million into an escrow account at the bankruptcy closing. That was our original estimate to cover the remediation work. But we could not get any bids to cover the work at $3 million, so I asked DEC if we could take $1 million of that $3 million and buy our own construction equipment and do it ourselves. They said yes. It turned out to be a great decision. Remember the big recession? That money probably went five times farther in 2009 than it would have gone in 2008. Then we sold 12 acres in 2010 to Jetro, a food wholesaler. We paid off all our debt, and we finally began to see a little positive income. We started developing a project called the Fresh Food Campus. The idea was we’d do a warehouse and above the warehouse we’d have culinary kitchens and other food-related projects.

Then came Hurricane Sandy in 2012.

Hurricane Sandy basically wiped out all the work we had done on the waterfront. It was much harder to rebuild, and it put a crimp in our Fresh Food Campus. Around that time, along came McInnis Cement, looking for a site for a marine terminal to receive shipments from their Canadian plant. We spent a year working with the community before we started on the McInnis permit. That one year in terms of community relations could not have been a better thing to do. The community had a lot of design input, especially on a waterfront promenade, and ended up embracing the project. Community groups actually wrote letters of support to the Army Corps of Engineers.

Did you ever think about just giving up and trying to sell Oak Point?

It was a rollercoaster. There were so many lows in that time frame. You were dealing with lawyers, hearings, real estate sharks swimming around trying to take your property away. We went through I do not know how many extensions of our exclusivity. At one point, we were literally weeks away from the deadline of our last extension. I called Ana and I said, “It just occurred to me that two weeks from now we could lose everything.”

In all those valleys on the rollercoaster it never occurred to me that I could walk away with a big zero—until that day. Ana freaked out. But every day you get up and you dust yourself off and you keep working. Ultimately I pulled it off. We were putting forth the best plan, we had the best ideas, we had the best game in town. The judge kept going for our plan and our plan was pretty simple: we were going to pay all our creditors 100 cents on the dollar. I think that’s why the judge liked our plan. He’d never heard of that before.

Cement transfer started about two months ago. McInness Cement has had four ships come in. It’s so cool! I was worried about noise, but there is no noise and no impact to the environment. The ships anchor up and connect a big hose to the underwater pipeline and blow the cement into the building. It is a compartmentalized silo. From the outside it looks like a warehouse. It literally rains down cement and forms huge piles. The trucks come in and they open up the hatch and fill them up with cement through a pneumatic tube. With this transfer station, we’re able to eliminate a lot of trucks from Pennsylvania. It works out to a reduction of 1.5 to 2 million truck miles per year.

Believe it or not, I am thinking vertical. I have a lot of FAR available. I am also thinking about what other uses that dock might have. The McInniss barge is only there three days a month. This is a $20 million dock! What else can you do with that dock? You have got Hunts Point right there. So I will talk to the City about Hunts Point barges coming in. We also have CSX rail facility right here. You could build a very compact, high efficiency, automated facility. And we have got a design for the Oak Point waterfront promenade from Cornell grad students to work on! 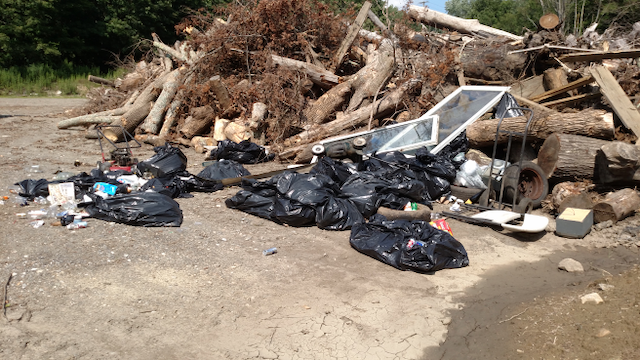 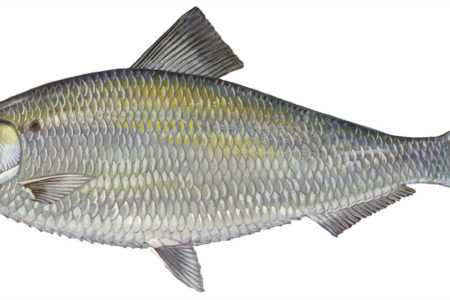