“While it’s always difficult to allow rate increases in these difficult financial times, it is essential that we continue to make capital improvement investments in Con Edison’s gas distribution system,” said Commission Chairman Garry Brown. “One of the major drivers in this rate case is capital expenditures designed to enhance the safety and reliability of this critically important infrastructure.”

The new rate plan also reflects: specific austerity measures in each of the three years in recognition of current economic conditions; stronger incentives for the company to effectively manage its costs; provisions to share excess company earnings, if any, with customers; expanded assistance to Con Edison’s low-income customers; and enhanced incentives for gas safety and high-quality service.

The rate increases approved by the Commission are significantly lower than what was initially proposed by the company. In its initial filing, Con Edison proposed that natural gas revenues be increased by $160.8 million in the first year, or by $115.5 million per year for three years.
Con Edison has had a program for years under which it pays incentives to encourage conversions of residential and commercial customers from oil to gas. Under the terms of the rate plan adopted today, the company would be allowed to continue to recover costs of the incentives, up to a specified annual cap of $1.465 million, from all gas customers through a surcharge.

Meanwhile, as a result of staff’s investigation into the company’s response to last year’s Floral Park gas explosion, the company agreed that shareholders would provide a $1 million credit to customers.

The Commission decided to provide this $1 million credit to customers in their February 2011 bills. The amount of this credit is sufficient to offset more than 80 percent of the incremental cost of implementing nine staff recommendations to increase safety resulting from its investigation of this incident. These increased costs include the cost of equipping all of the company’s emergency responders with more advanced and effective communication devices, and changes in gas emergency response investigation procedures.

The Commission’s decision today, when issued, may be obtained by going to the Commission Documents section of the Commission’s Web site at www.dps.state.ny.us and entering Case Number 09-G-0795 in the input box labeled “Search for Case/Matter Number.” Many libraries offer free Internet access. Commission orders may also be obtained from the Commission’s Files Office, 14th floor, Three Empire State Plaza, Albany, NY 12223, telephone: 518-474-2500. 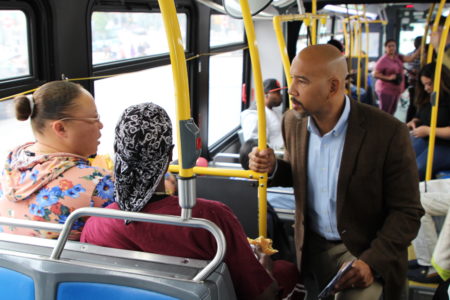