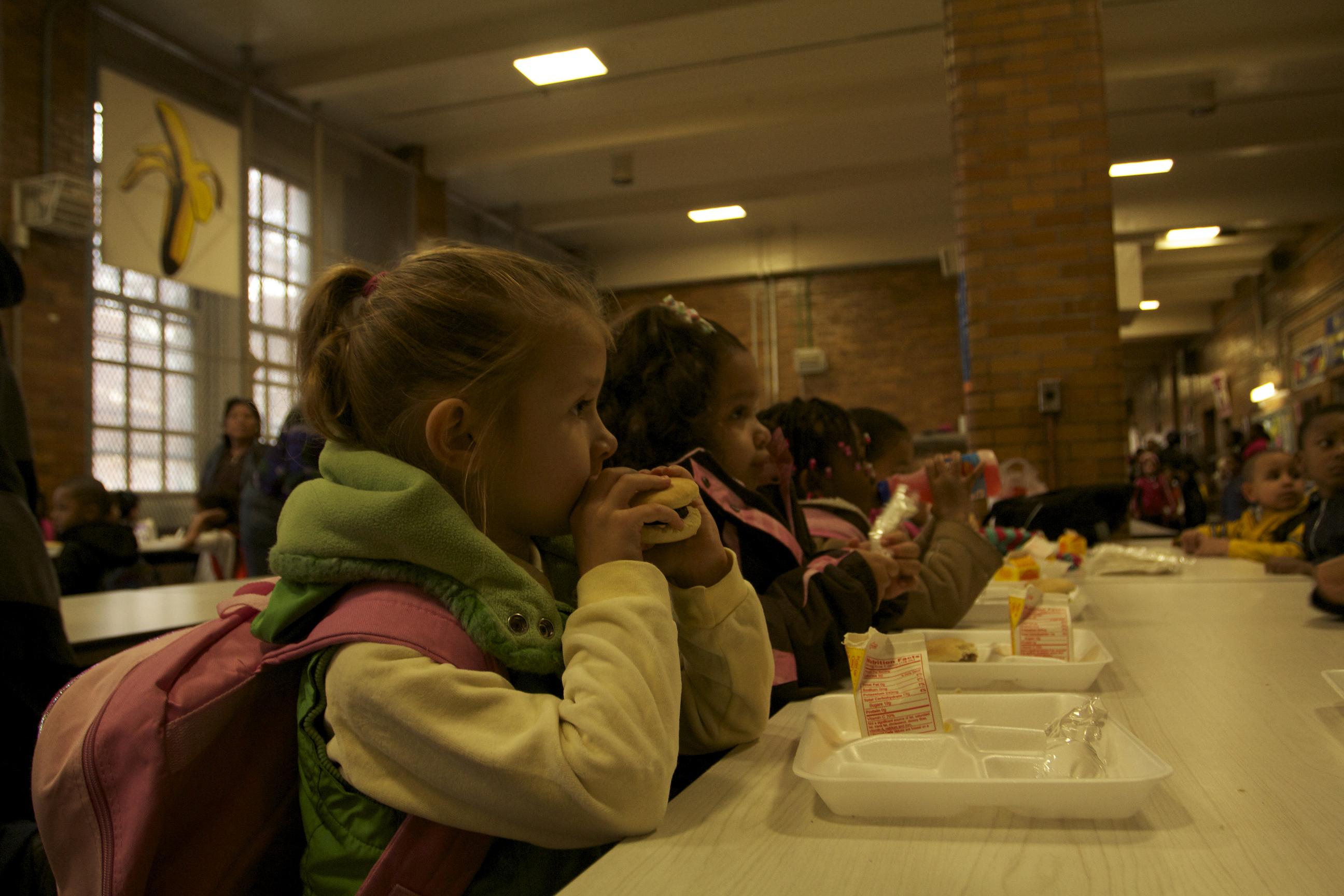 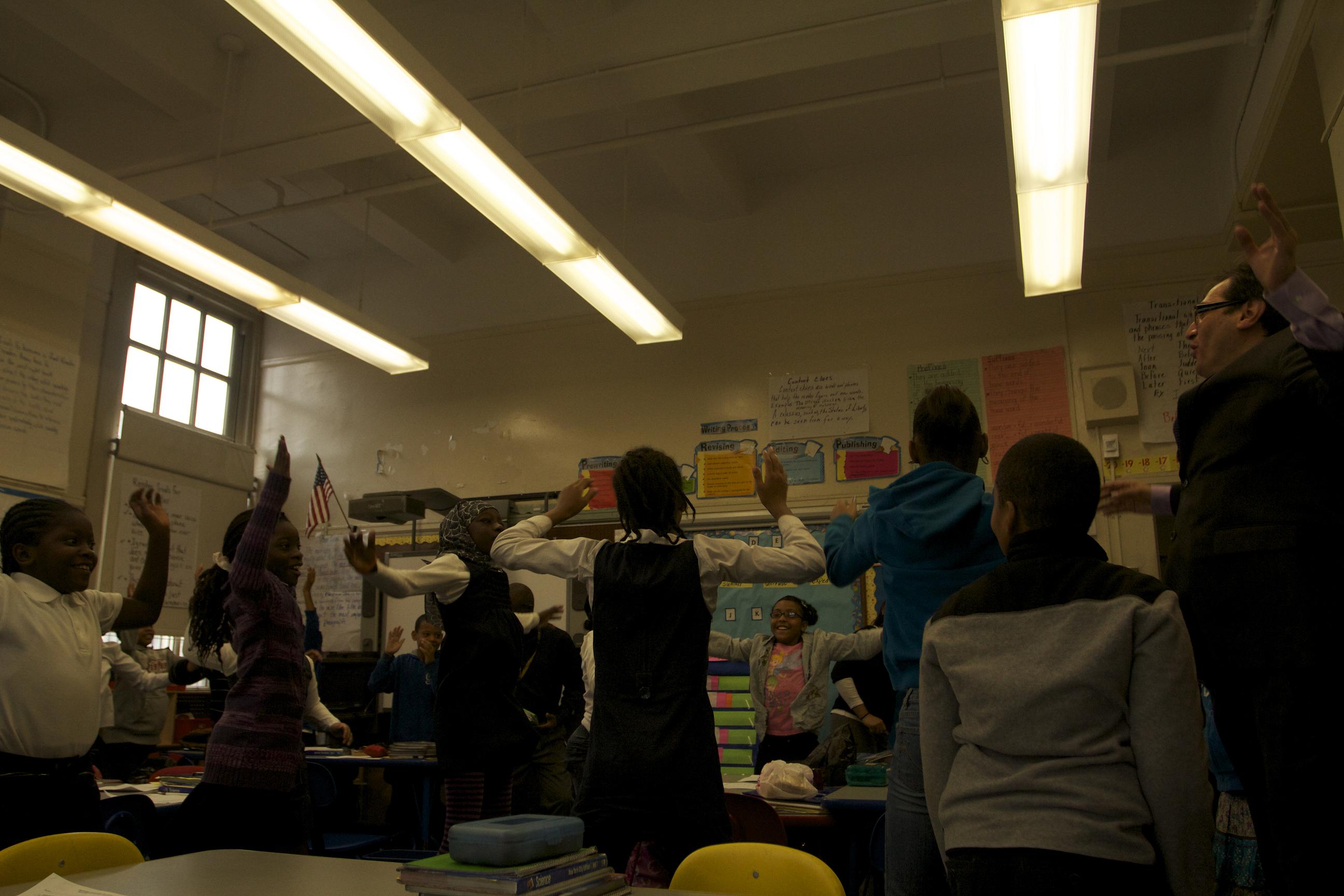 “Who can last longer than Mr. Rios?” said Juan Ramon Rios, director of Healthy Highbridge. He was trying to get children half his height through a warmup routine of jumping jacks.

Despite all the activity, 37 percent of the students in this class are overweight or obese, according to body mass index measurements that Rios and his team at Highbridge Community Life calculated this week. Two classes even measured in at 59 percent.

The overall rate of overweight students at the Anderson Avenue elementary school is consistent with that of the entire South Bronx, where 40 percent of students are overweight or obese. That percentage is higher than the alarming national level, which the American Heart Association estimates at 33 percent.

Healthy Highbridge meets with fourth and fifth graders at P.S. 73 once a week to combat the repercussions of obesity in an area that has a lot of obstacles to staying healthy. In the South Bronx, 38 percent of the residents live below the poverty line, according to the 2010 American Community Survey. Highbridge also has too few supermarkets to meet the needs of its 34,000 residents, a 2008 city study says. Rios said these factors lead to poor food choices and, by extension, poor health for area children.

“We’re losing a generation,” Rios said three days earlier from his cramped basement offices at Highbridge Community Life Center. “All of this is going to create a health cost”—that is, unless everyone gets moving.

After the exercise, Rios instructed students on how to take their pulses.

“Why did we do that?” Rios asked as 60 index and middle fingers pressed against 30 wrists.

“To lose some weight,” said Fatumata, 9.

“Because it could be fun to exercise,” said Shantel, also 9.

“Because we need to get exercise,” said 10-year-old Jonah.

These children are all participants in Healthy Highbridge’s year-long health education program, funded by a $30,000 grant from the Communities Impact Diabetes Center, which in turn receives its budget from the federal Centers for Disease Control and Prevention.

Before they start their education curriculum, Healthy Highbridge staff must measure the students’ body mass indexes, test their prior health knowledge and survey them on exercise and eating habits as well as their attitudes and beliefs regarding working out and eating. These initial studies will be used as a baseline to track students’ progress, as Rios and team return each week to tackle a different health subject: Michelle Obama’s “My Plate” and “Let’s Move” campaigns, diabetes, nutrition, and exercise, among others.

The goal is to help youngsters understand what it takes to be healthy, said Michelle Ramos, the diabetes center’s community project manager.

“As attitudes around healthy behavior improve, hopefully the behavior itself will improve,” she said from her Harlem office. Ramos said that while she doesn’t encourage children to lose weight, she believes that as they grow, they’ll maintain their weights and their body mass indexes will drop.

“Hopefully they’ll pick up healthy habits and go and share them with their families,” Ramos said.

P.S. 73’s principal, Jean Mirvil, said sharing health information with the parents is critical to solving the obesity problem. Many of the families, he said, come from different countries and have a hard time making the proper, healthful adjustments in their new homes (34 percent of people in the South Bronx are foreign-born).

“The kind of food they’re used to does not present itself in the same way as they are making the adjustment with this country,” Mirvil said.

He expects that the children will bring information about what and what not to eat home to their parents.

“At school, they are given a full picture of what a regular, healthy meal should look like,” Mervil said.

To combat the obesity problem, this September the school instituted a salad bar at lunch, so students can add a rotating variety of produce—spinach, corn, radish—to their meals. The main courses vary according to the Board of Education menu. Recently, Mervil said, students had chicken and a choice of pasta or rice. Students can choose milk—not chocolate milk—or water for a beverage.

On the day of the Healthy Highbridge visit, breakfast consisted of a sausage and biscuit sandwich, and orange juice.

During this class, students were asked to pick which food choices they would make: chicken with the skin on or off, whole wheat or sweet bread, regular peanut butter or freshly ground.

Shannon, 9, said she preferred popcorn without butter, low-fat milk to skim, and would eat an apple before a piece of candy most days.

“Salt? Ew,” she said, her neat cornrows jostled back as she shook her head.

Winston, the largest boy in the class and the first to cease his jumping jacks, said he was less into self denial. He puts butter on his popcorn because, otherwise, “it doesn’t taste like anything.” The nine-year-old did acknowledge that salt isn’t always necessary.

“Sometimes, if you don’t add salt, food can still taste good,” he said.

Jaheim, 10, said he couldn’t replace french fries with potatoes, nor could he exchange a burger for a salad. “French fries?” he asked rhetorically as his hands shot from his striped hoodie to the sky. “I love them.”

As for burgers? “They’re very good,” he said. “You could even put bacon on them.”

When asked if all his poor eating choices left him a healthy individual, Jaheim was confident. 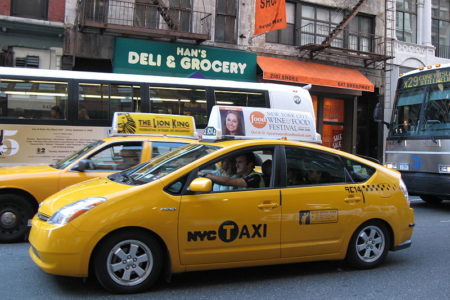 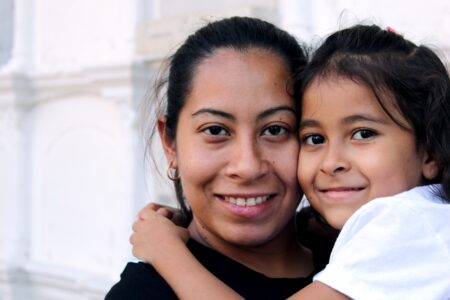 How These Mothers Survived The Height Of The Pandemic