Hezbollah emerged in Lebanon as a corollary to a foreign intrusion by a country deemed the anathema of the Islamic world. In 1982, the Israeli invasion of Lebanon subsequently spawned the force that was to resist it. In its nascent stages, Hezbollah existed as an Iranian proxy whose raison d’être was to resist and eject this foreign occupier in attempt to extricate Lebanon and restore its sovereignty.

Within a decade, however, Hezbollah evolved into a recognized and credible political player, winning seats in parliament, and thereby wielding power and influence in Lebanese politics. Currently described as a hybrid political organization and militia, Hezbollah proves to be a complex organization, only fully understood by examining the milieu in which it has existed.

The emergence and trajectory of Hezbollah, a Shia organization, must be examined in context and connection with Israel. Although Shia elements became inspired by the Iranian Revolution, the Israeli invasion constituted the catalyst for Hezbollah’s emergence. In its 1985 charter, Hezbollah outlined its main purpose as the force of resistance vis-à-vis Israel, employing violent tactics and rejecting all forms of mediation and negotiation. Hezbollah’s leadership tailored its strategy according to the belief that the greater the resistance, the greater the likelihood of Israel’s withdrawal. Hezbollah’s tactics proved effective and after two decades of occupation, Israel unilaterally withdrew from Lebanon in 2000 revealing Hezbollah as an adept fighting force and credible regional player. Initially, Hezbollah existed sheerly to resist an occupier, but added another dimension to its organization after entering the political arena in 1992.

After a contentious debate from within the Shia community, Hezbollah entered the political race of 1992, securing 10% of parliamentary seats and thereafter maintained comparable representation in all subsequent elections. Hezbollah’s decision to partake in elections divided the Shia vote, detracting votes away from its political adversary, Amal—in comparison to whom Hezbollah’s political emergence must also be understood. Instead of exclusively voicing opinions and shaping policies through participation in the Lebanese government, Hezbollah maintained a certain degree of autonomy, operating beyond the decrees of the central government. Assuming responsibility to defend Lebanon’s territorial integrity due to the government’s inadequate and potentially ineffectual military, Hezbollah maintained its role in the resistance while concomitantly pursuing a political track, obfuscating its exact role and intentions in Lebanese society. Beyond its popularity for ousting Israel, Hezbollah receives popular support for the social services it provides to the Lebanese people: schools, hospitals, financial institutions, and myriad associations for the benefit of public welfare. With Iran as a benefactor, Hezbollah has also been a major player in reconstruction following the 2006 war, eclipsing the services offered by Amal. As a result, Hezbollah’s demonstrated competence has engendered an extensive following and an expanding constituency. Proving an adept organization, in many regards Hezbollah has superseded and surpassed the ability of the Lebanese government to provide national security and welfare services to its populace.

Between 2000 and 2006, tensions proved relatively calm along the Lebanese-Israeli border, while the IDF and Hezbollah stabilized relations according to tacit “rules of the game” consisting of “cross-border taunting and stone throwing.” (Norton) However, conflict erupted in July 2006, and despite no evident victor, Hezbollah remained intact against the faculties of a powerful and proven military force. Thereafter, Hezbollah was depicted as a proficient fighting force, garnering much prestige and respect at home and abroad despite the Lebanese government blaming Hezbollah for the war and subsequent economic destruction. Hezbollah’s military prowess and prompt reconstruction efforts after the 2006 war earned not only public praise, but also further consolidated the Shia emergence after the toppling of Sunni regimes in Iraq and Afghanistan. Other Middle Eastern governments also became alarmed that Hezbollah might inspire dissident movements and uprising within their own countries, i.e. the Palestinian intifadas.

Lebanon’s multicultural society and attempts at democratization yield a peculiar set of circumstances, distinct from other Middle Eastern countries. Since democratic representation in parliament is divided almost equally among the three largest sects–Christians, Sunnis, and Shia–representation does not reflect or adjust to demographic change. The impetus for political change, however, is likely to emanate from the Shia as their population growth continues to surpass the other sects. Iranian and Syrian influence threatening to usurp Lebanese territorial and political sovereignty, in conjunction with pervasive sectarian strife, yields very fragile democratic institutions—institutions which may prove susceptible to Hezbollah’s increasing sway, effected either through democratic or unconventional means. Currently, the political arrangement is divided into two main coalitions: Maronite-Sunni-Druze and Shia-Aounists, with the former attempting to destabilize Hezbollah’s political standing, and the latter striving to buttress its political clout. Hezbollah favors instead a Syrian-backed parliamentary coalition in which it wields veto power.

As a complex organization, Hezbollah’s classification is nebulous. In 1997, the US Dept of State listed Hezbollah as a “foreign terrorist organization.” But given its political participation and public service, labeling Hezbollah a terrorist organization is problematic. Nasrallah has rebuffed this classification, claiming that repelling a foreign occupier falls within the realm of national defense, not terrorism. The Lebanese government and international actors insisted Hezbollah disarm to prevent a group from within eclipsing or counteracting the functions reserved for the state. Hezbollah has refused, claiming their arms are solely for the purpose of defending Lebanon. However, in May 2008 Hezbollah did indeed turn those arms against other Lebanese, and therefore many in Lebanon consider Hezbollah’s actions as a coup d’etat on the Lebanese government. What are Hezbollah’s intentions in Lebanon? Will Hezbollah act as an arm of the government or an autonomous militia encroaching upon the current governmental framework? Hezbollah will remain on the political scene in Lebanon, but the degree by which Hezbollah will impact Lebanon’s tenuous political system has yet to be revealed. Perhaps such a flawed and incomplete democracy with restive segments of the population will soon compel Lebanon to modify its political design. Regardless, Hezbollah’s continuation as an autonomous militia will persist to threaten the cohesion of the Lebanese government. 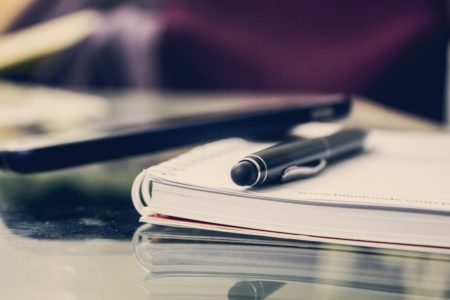 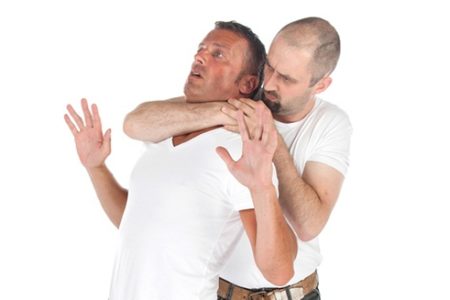