MTA Bridges and Tunnels today announced that a major improvement project at the Henry Hudson Bridge has reached an important milestone with crews today reopening a third Manhattan-bound lane on the lower level roadway. The roadway rehabilitation continues to move forward on time, with all construction expected to be completed this fall.

“This work on the Henry Hudson gives customers all the benefits of open road cashless tolling along with significant safety enhancements. This is another example of how we are building projects better, faster and cheaper,” said Janno Lieber, President of MTA Construction & Development.

The work is part of the previously announced $86 million project to replace the last remaining sections of the 1930s-era roadway deck. Starting in 2018, MTA Bridges and Tunnels commenced work to rehabilitate the upper and lower level roadways, with a signature part being the removal of columns and toll islands from the old toll plaza on the lower level roadway.

“The renewed roadways will provide safer and smoother traffic flow and an improved driving surface to better serve our customers for decades to come,” said Daniel DeCrescenzo, Acting President MTA Bridges and Tunnels.

The Henry Hudson Bridge opened in 1936, connecting northern Manhattan to the Bronx. Originally built with only one level, the bridge’s design allowed for the construction of a second level if traffic demands increased. The upper level opened within 18 months, carrying northbound traffic, while the lower carries southbound traffic.

Every day there are approximately 71,500 customers who rely on the crossing that lies in the residential communities of Spuyten Duyvil and Riverdale in the Bronx and Inwood Hill Park in Manhattan.

Motorists can sign up for MTA e-mail or text alerts at mymtaalerts.com and check the Bridges and Tunnels homepage or Facebook page for the latest information. 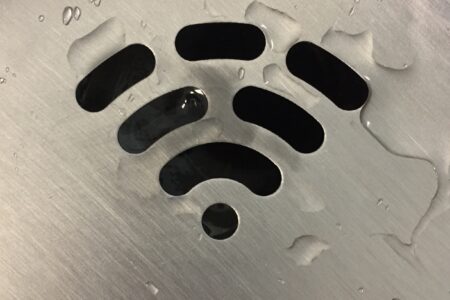 How To Create A Wi-Fi QR Code

Two 15-Year-Olds Arrested For The Murder Of Nyla Bond, 20, A 3rd One Sought