The New York City Police Department is asking for the public’s assistance in ascertaining the whereabouts of the unidentified male who is seen in the attached photos and is sought in connection with an assault in Transit within the confines of Transit District 12 / the 47th Precinct in Bronx.

It was reported to police that on Wednesday, May 22, 2019 at 1225 hours inside of the 219 Street station (2 Line), in the vicinity of the turnstiles, victim #1, a 24-year-old female, was attempting to exit the station when she was approached by an unidentified male who was entering the station and who punched her multiple times and bit her left arm. Victim #1 was speaking on the phone with her friend, victim #2, who was nearby and proceeded to the location. The unidentified male punched victim #2, who fell and struck his head on the ground. The unidentified male fled the subway station. Victim #1 suffered pain, bruising and a bite to her left arm. Victim #2 suffered severe head trauma. Both victims were treated at Jacobi Hospital were subsequently released. 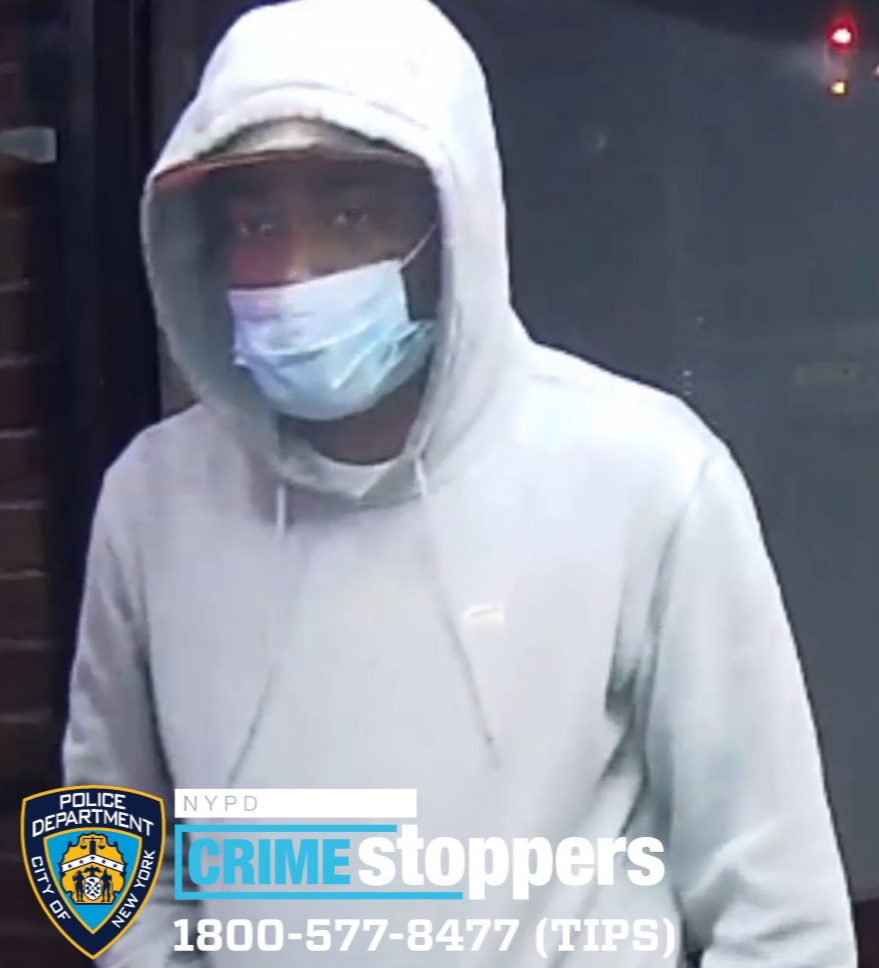