The New York City Police Department is asking the public’s assistance identifying the individual, depicted in the attached surveillance photograph, who is wanted regarding an attempted robbery, that occurred within the confines of the 42nd Precinct in the Bronx.

It was reported to police that on Monday, May 23, 2022, at approximately 1003 hours an unidentified male entered 3212 3rd Avenue (Pay O Matic) and as he approached a 44-year-old female victim at the teller window, simulated a firearm and demanded cash.

The individual exited the establishment and fled northbound on 3rd Avenue.

There was no currency removed or injuries reported as a result of this incident.

The individual is described as an adult male, Black, approximately 20-40 years of age, 5’08” tall.

He was last seen wearing a brown hat, brown jogging suit and a black t-shirt. 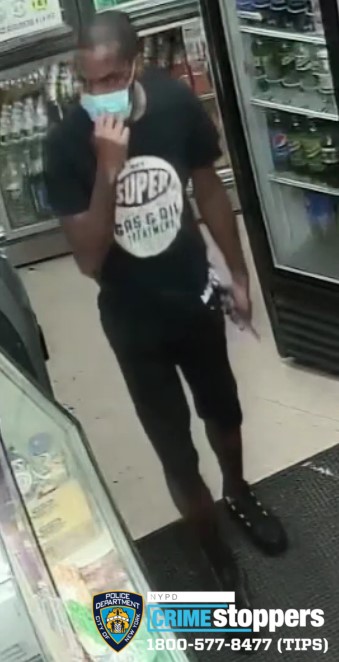 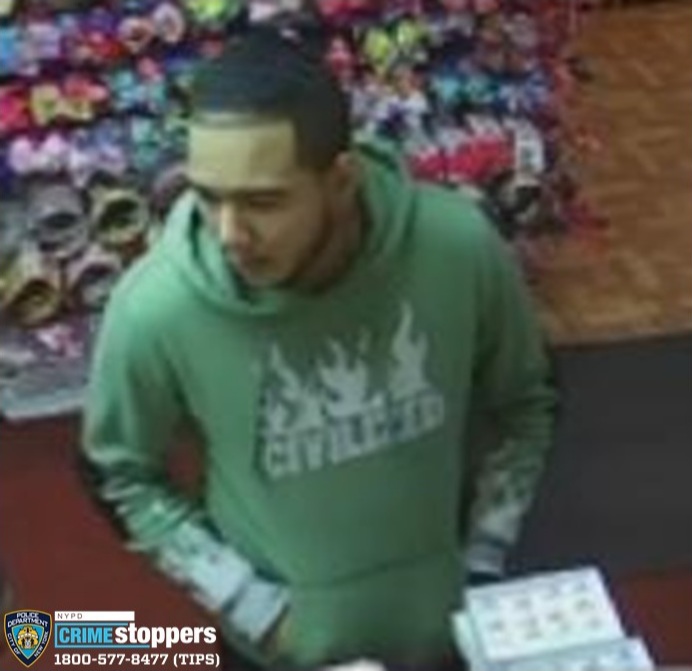