The New York City Police Department is asking the public’s assistance identifying the individual, depicted in the attached surveillance video clip and photographs, who is wanted in connection to an attempted robbery, that occurred within the confines of the 40th Precinct in the Bronx.

It was reported to police that on Friday, October 16, 2020, at 1325 hours in front of 389 E. 151st Street, a 31-year-old male victim attempted to make a food delivery, when an unknown individual approached him and displayed a black firearm. The individual pushed the firearm into the victims waist and stated “Get out of here before I shoot you, leave the bike and the food”. The individual struck the victim with the firearm, causing him to fall off his bike and onto the ground, the victim grabbed his anit-theft bike chain and swung it at the individual, causing the individual to flee westbound on Courtland Avenue.

The victim sustained minor injuries, EMS responded to the scene and transported the aided perwon to NYC Health + Hospitals / Lincoln, were he was treated and released.

There was no property taken.

The individual is described as a male, approximately 28-year-old, with a medium complexion and a medium build.

He was last seen wearing dark colored pants, a black hooded jacket and a dark colored baseball cap with the word “Bronx” written on the front. 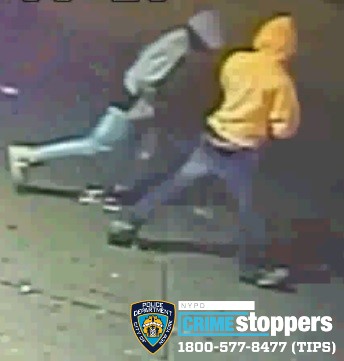 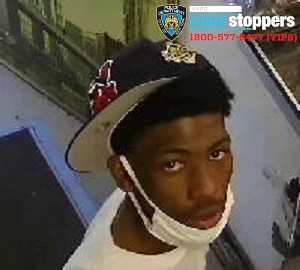