The New York City Police Department is asking for the public’s assistance in ascertaining the whereabouts of the unidentified male, seen in the attached surveillance photograph and video clip, who is sought in connection with an attempted burglary, which occurred within the confines of the 44th Precinct in the Bronx.

It was reported to police that on Thursday, September 23, 2021, at 0200 hours, at a multi-unit residential building in the vicinity of E.168th Street and Sherman Avenue, an unidentified male followed the victim, a 50-year-old female, into her building.

As the victim was opening her apartment door, the unidentified male rapidly approached and attempted to gain entry to the victim’s apartment.

The unidentified male was unsuccessful and fled on foot. 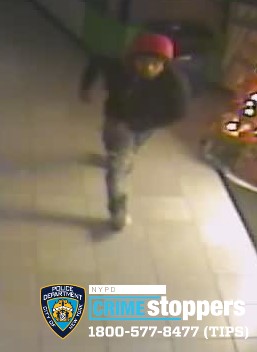