The New York City Police Department is asking for the public’s assistance in ascertaining the whereabouts of the unidentified male, seen in the attached surveillance photograph, who is sought in connection with an attempted assault, which occurred within the confines of the 50th Precinct in the Bronx.

It was reported to police that on Thursday, December 16, 2021, at 0256 hours, in front of 3511 Cambridge Avenue, an unidentified male discharged a handgun towards another unidentified male, who was also in possession of a handgun.

There were no injuries or property damage reported in connection with this incident. 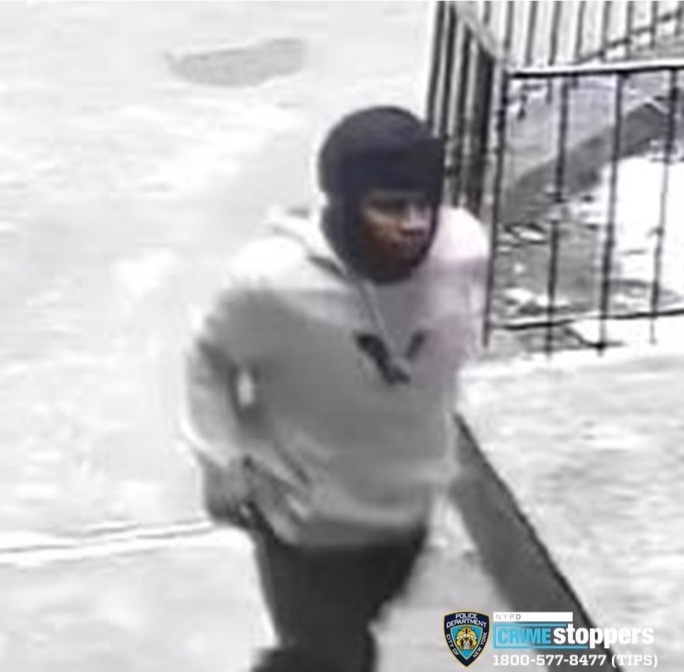