The New York City Police Department is asking the public’s assistance identifying the three persons of interest depicted in the attached photo in connection to an assault (non-fatal shooting) that occurred within the confines of the 40 Precinct in Bronx.

Police responded to the location and initially observed four gunshot victims, who were subsequently transported to NYC Health and Hospitals / Lincoln, via EMS, and are listed in stable condition.

The victims are listed as follows:

Victim #1: 10-year-old male with a gunshot wound to abdomen and left leg.

Victim #2: 36-year-old female with a gunshot wound to buttocks.

Victim #3: 19-year-old female with a gunshot wound to right leg.

Victim #4: 20-year-old male with a gunshot wound to the buttocks.

Police then discovered a fifth gunshot victim opposite 626 Courtlandt Avenue. The victim was transported to NYC Health and Hospitals / Harlem, via EMS, also in stable condition. This victim (#5) is a 14-year-old male with a gunshot wound to buttocks.

Three unidentified individuals are persons of interest, who were in the company of the suspect and sought for questioning in regard to the above incident. They are described as follows:

Suspects Wanted For Tying Up, Robbing Bronx Couple At Gunpoint 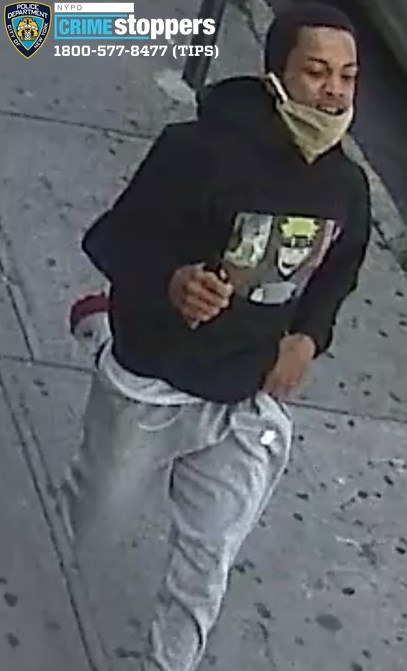