The New York City Police Department is asking for the public s assistance in ascertaining the whereabouts of the individual, depicted in the attached surveillance police sketch, who is wanted in connection to an assault, that occurred within the confines of the 44th Precinct / Transit District 11 in the Bronx.

It was reported to police that on Wednesday, January 12, 2022, at approximately 2230 hours, on a northbound 4 train, an unknown individual approached a 43-year-old male victim and made anti-gay and anti-national origin remarks towards him.

The individual proceeded to punch the victim in the face multiple times and displayed a knife.

The individual exited the train at the 167th Street station and fled to parts unknown.

The victim was treated on scene for minor injuries. The investigation remains ongoing by NYPD’s Hate Crimes Task Force.

The individual is described as an adult male, Black, last seen wearing a dark hooded sweatshirt. 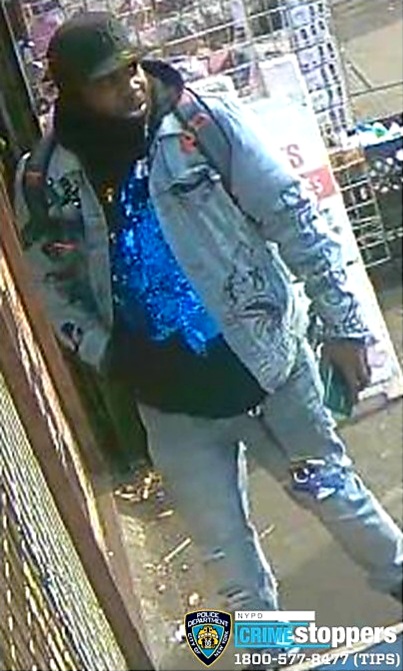