The New York City Police Department is asking for the public’s assistance in identifying the individual, depicted in the attached surveillance photographs, who is wanted in connection to an assault, that occurred within the confines of the 41st Precinct / Transit District 12 in the Bronx.

It was reported to police that on Thursday, February 25, 2021, at approximately 1545 hours, a 45-year-old female and her 8-year-old son were approached by an unidentified male aboard a northbound 6 train entering the Hunts Point Avenue subway station. The unidentified male kicked the 45-year-old female victim in the foot and then struck the female in the head with a sock full of coins.

The 45-year-old female victim sustained a laceration to the head and was transported by EMS to NYC Health + Hospitals / Lincoln for treatment.

The unidentified individual fled the train at the Hunts Point Avenue subway station to parts unknown. 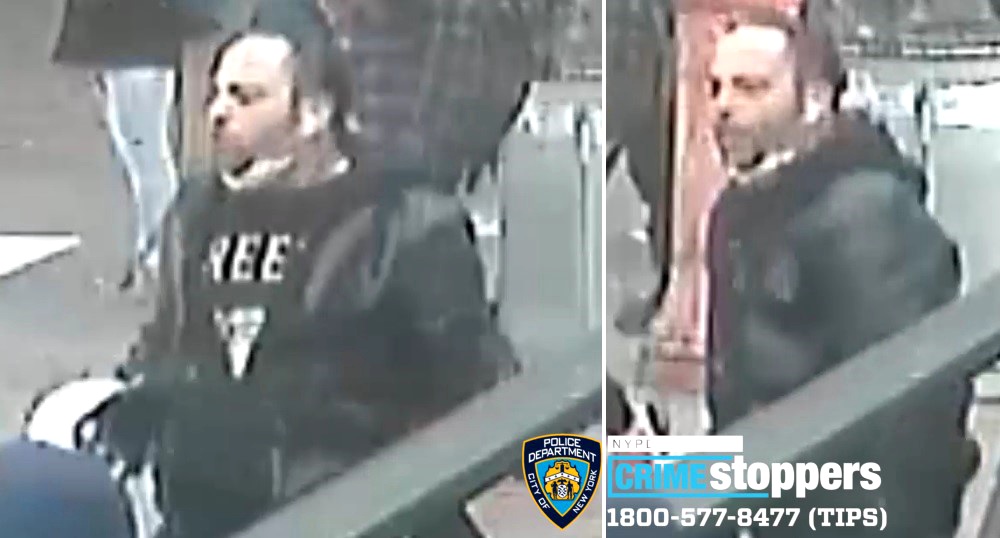