The New York City Police Department is asking for the public’s assistance in identifying the two individuals, depicted in the attached surveillance video clip, who are wanted in connection to an assault, that occurred within the confines of the 41st Precinct in the Bronx.

It was reported to police that on Monday, October 18, 2021, at approximately 1305 hours, at the intersection of Hoe Avenue and Westchester Avenue, a 22-year-old male victim was walking, when he was approached by two unknown individuals, who both displayed firearms and discharged multiple rounds, striking the victim in his left knee.

EMS responded and removed the individual to NYC Health + Hospitals / Lincoln, where he was listed in stable condition.

The first individual is described as a male, Black, approximately 16-25 years old. He was last seen wearing a black jacket, black pants and white/black sneakers.

The second individual is described as a male, Black, approximately 16-25 years old. He was last seen wearing a black jacket, black pants with a white stripe down the side, a black hat and red/black sneakers. 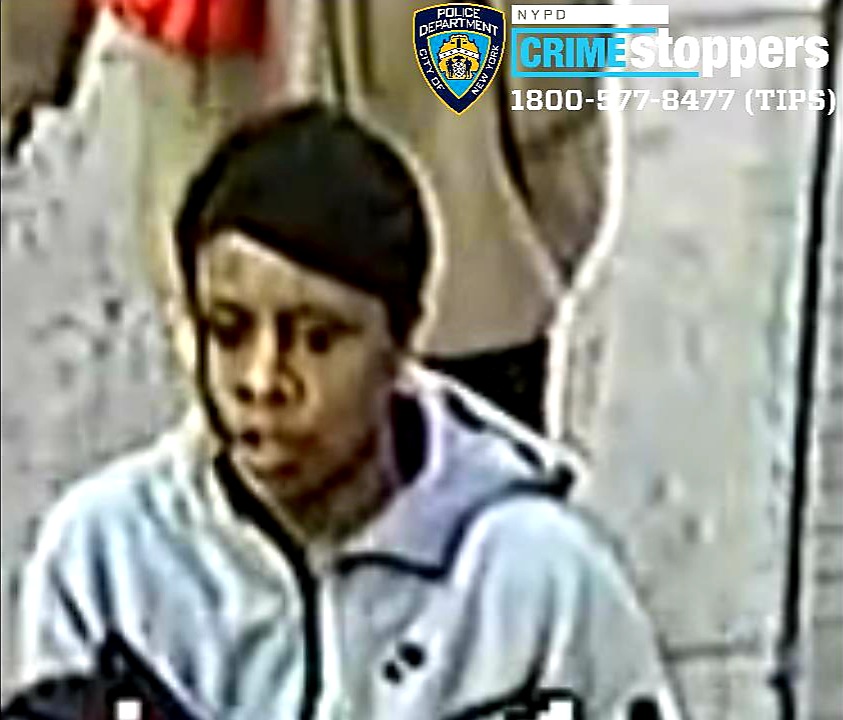