The New York City Police Department is seeking the public’s assistance in identifying and locating the following individual in connection to a sexual assault / attempted rape from within the confines of the 34th Precinct in Manhattan.

It was reported to police that on Wednesday, April 22, 2020, at approximately 2020 hours, a 32-year-old female victim entered her apartment building before an unknown individual knocked on the front vestibule door. The victim opened the door, believing the individual lived in the building. As the victim began walking up the stairs, the unidentified individual grabbed her from behind and forced her outside, into a side alley. The individual attempted to remove the victim’s pants but was unable to do so. The individual then forced the victim to perform a sex act, before fleeing the area to parts unknown.

The victim was transported to Allan Pavilion Hospital, where she was treated and released. 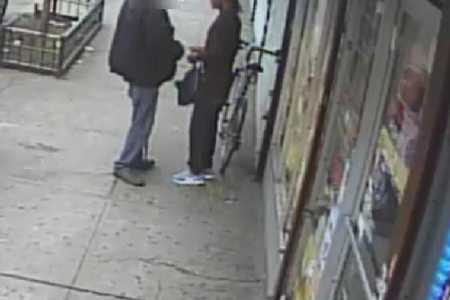