The New York City Police Department is asking the public’s assistance identifying the three individuals, depicted in the attached surveillance photographs and a video clip, who are wanted in connection to a gunpoint robbery, which occurred within the confines of the 43rd Precinct in the Bronx.

It was reported to police that on Wednesday, July 14, 2021, at 1000 hours, inside of the “Sport Barber Shop,” located at 560 Commonwealth Avenue, three unknown individuals entered the location; individual #1 and #2 stood by the door as look outs, while individual #3 pointed a firearm at a 54-year-old male barber shop employee and stated, “Give me the money right now!”

There were no reported injuries in regard to the incident.

The surveillance photographs of individuals 2 and 3, taken in front of 662 Rosedale Avenue, at approximately 1020 hours. 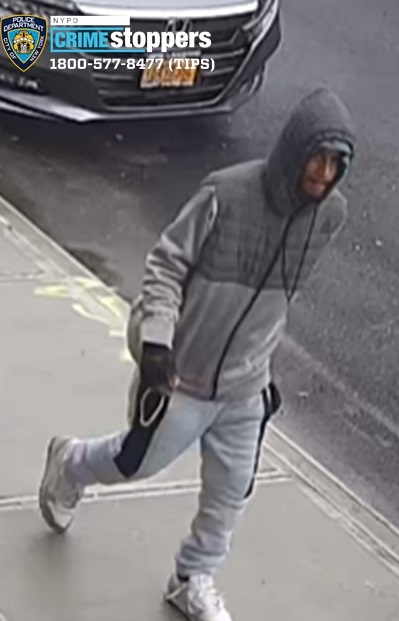