The New York City Police Department is asking for the public’s assistance identifying the individuals, depicted in the attached surveillance photograph and video clip, who are wanted for questioning in connection to a robbery (home invasion), that occurred within the confines of the 47th Precinct in the Bronx.

Upon entering the building, the individuals knocked on the door of a first floor apartment and when a 27-year old male victim answered the door, they forced their way inside.

Once inside the apartment, they proceeded to display a firearm told the victim, who opened the door, as well as a 26-year-old female victim and a 7-year-old male victim to cover their faces with clothing, while they removed approximately $20 dollars, a watch, a video game console, and a gold chain.

The individuals then fled on foot northbound on White Plains Road.

Dequan Hopkins, 33, Arrested For The Murder Of David Peart, 30 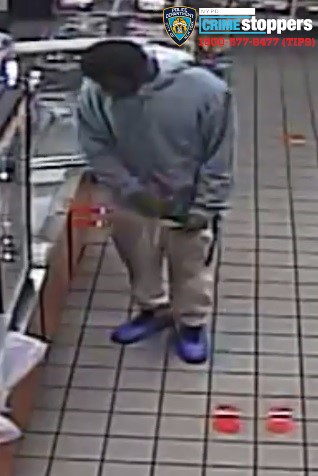