The New York City Police Department is asking for the public’s assistance in identifying the male depicted in the attached video and photos wanted for questioning in connection to a robbery that occurred within the confines of the 43rd Precinct in Bronx.

It was reported to police that on Wednesday, March 13, 2019 at approximately 1505 hours, in the vicinity of Homer Street and Pugsley Avenue, an unidentified male simulating a firearm approached a 18-year-old victim. The male punched and kicked the 18-year-old victim and removed his white Yeezy sneakers, iPhone 7, necklace and wallet containing $300. The victim was not seriously injured and refused medical attention at the scene.

The person wanted for questioning is described as a male, black, 5’7″, stocky build, in his teens; last seen wearing a blue jacket and gray sweatpants. 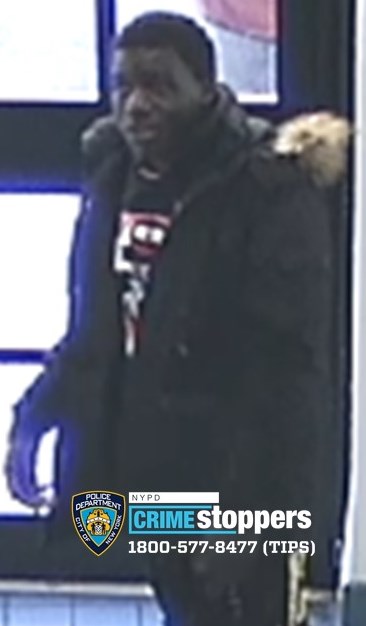