The New York City Police Department is asking the public’s assistance identifying the males depicted in the attached surveillance photos wanted for questioning in connection to a robbery that occurred within the confines of the 42nd Precinct in Bronx.

On Tuesday, November 19, 2019, at approximately 1510 hours, a 16-year-old male was walking to a relative’s home when he was approached by several males who asked him if he was a member of a gang. The males proceeded to punch and slash the victim with a sharp object causing him to sustain several lacerations and a head injury. The males fled in unknown direction with the victim’s necklace.

The victim was transported by EMS to NYC Health & Hospitals / Lincoln where he was treated and released. 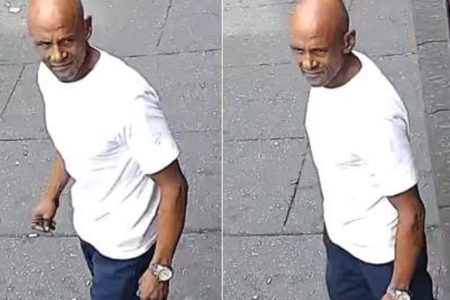