The New York City Police Department is asking for the public’s assistance in ascertaining the whereabouts of the unidentified males, seen in the attached surveillance photographs and video clip, who are sought in connection with a robbery and an assault, which occurred within the confines of the 40th Precinct in the Bronx.

It was reported to police that on Tuesday, December 07, 2021, at 1027 hours, the victim, a 46-year-old male food delivery worker, was stopped at a red light on an electric scooter.

The suspects are described as adult males in their mid 20s, Black, one with a heavy and the other one with a slim build.

The victim suffered a contusion to his lip and bruising and swelling to his face. He was transported by EMS in stable condition to NYC Health + Hospitals / Lincoln.

The victim’s electric scooter, which was valued at $850, had the victim’s Samsung cellphone attached to it and $450 stored/secured upon it. 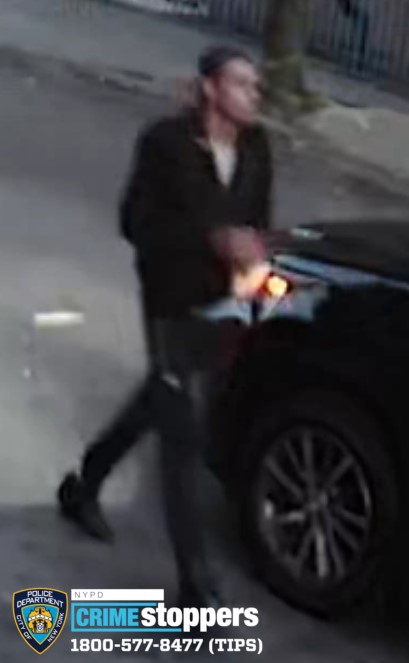