The New York City Police Department is asking for the public’s assistance in ascertaining the whereabouts of the unidentified females, seen in the attached surveillance photographs, who are sought in connection with a robbery, which occurred within the confines of the 44th Precinct in the Bronx.

It was reported to police that on Tuesday, September 28, 2021, at approximately 1015 hours, two unidentified female individuals did enter the Fabco Shoes store, located at 128 E. 170th Street and removed four pair of sneakers.

One of the female individuals displayed a hypodermic needle and stated to the store clerk, that she will use it against her, while exiting the store.

The female individuals then fled on foot to parts unknown.

The property removed were valued at approximately $150 and there were no injuries reported as a result of this incident.

Individual #1 is described as a light-skinned female, Hispanic, approximately in her 40’s, 5’06” tall, weighing 180 lbs.; witj light brown long hair in a ponytail. She was last seen wearing a white shirt under a blue jacket, light blue jeans, orange sneakers, black face mask and seen holding the sneakers in her hand.

Individual #2 is described as a dark-skinned female, Black, approximately in her 50’s, with a slim build, and black. She was last seen wearing a black jacket, blue jeans, black sneakers, light colored scarf over the neck, orange purse and seen carrying a brown bag. 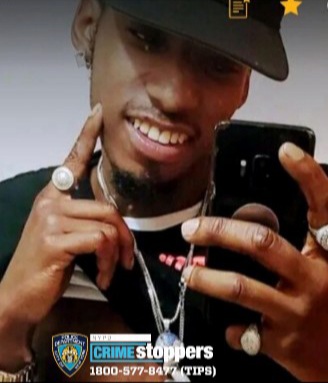