The New York City Police Department is asking for the public’s assistance ascertaining the whereabouts and identity of the individual, depicted in the attached surveillance photographs, who is wanted in connection to a reckless endangerment incident, that occurred within the confines of the 43rd Precinct in the Bronx.

It was reported to police that on Tuesday, July 26, 2022, at approximately 2014 hours, an unidentified male individual fired two (2) rounds from a firearm at an unknown individual in front of 983 Morrison Avenue.

One (1) of the rounds did strike a parked unoccupied vehicle.

The male individual then fled on foot to parts unknown and there were no injuries as a result of this incident.

The unidentified individual is described as an adult male in his 30s, Black, with a light skin complexion.

He was last seen wearing a white t-shirt, green shorts, beige sneakers with a black bag draped on his right shoulder and resting under his left arm. 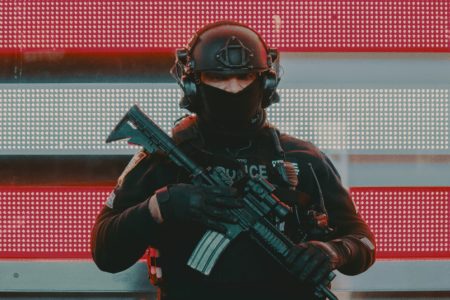