The New York City Police Department is asking for the public’s assistance in identifying the male depicted in the attached video surveillance and photos wanted for questioning in connection to a reckless endangerment that occurred within the confines of the 41st Precinct in Bronx.

It was reported to police that on Sunday, November 18, 2018, at approximately 01:45 p.m., in the vicinity of Southern Boulevard and East 163rd Street,

An unidentified male was seen firing two shots at a group of individuals. There were no injuries as a result of this incident.

The person wanted for questioning is described as a male, medium build and approximately 6′; last seen wearing a blue and orange du-rag, a dark colored jacket with patches, dark colored pants and white sneakers. 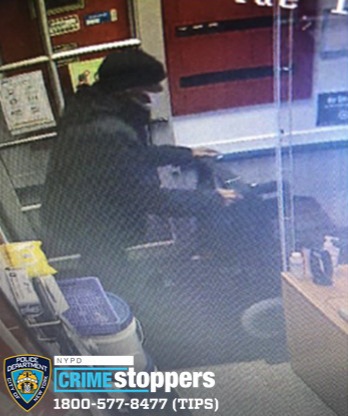