The New York City Police Department is asking for the public’s assistance in identifying the male depicted in the attached photo wanted for questioning in connection to a grand larceny pattern within the confines of the 40th and 48th Precinct. The details are as follows:

It was reported to police that on Thursday, May 9, 2019 at approximately 2030 hours, a 39 year-old male was aboard a southbound 5 train when the unknown male grabbed his iPhone and fled the train before it departed the Prospect Avenue subway station. No injuries were reported.

It was reported to police that on Thursday, May 9, 2019 at approximately 2045 hours, a 23 year-old female was aboard a northbound 2 train when the unknown male grabbed her iPhone and fled the train before it departed the East Tremont Station. No injuries were reported.

The person wanted for questioning is described as a male, Hispanic, late teens, 5’5″ with a thin build. 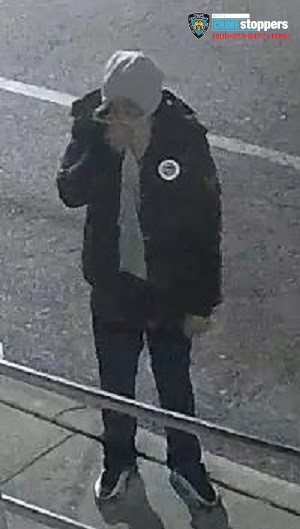