The New York City Police Department is asking the public’s assistance identifying the two individuals, depicted in the attached surveillance photographs, who are wanted in connection to a grand larceny, that occurred within the confines of the 43rs Precinct in the Bronx.

It was reported to police that on Tuesday, September 15, 2020, at approximately 1440 hours, in front 1541 Westchester Avenue, a 49-year-old female victim was walking when individual #1 approached and asked her a question about a product she was offering for sale.

The individual snatched a chain worth $420 dollars from the victim’s neck, then fled on a black motorcycle which was driven by individual #2, who was waiting near by.

Both individuals were last seen heading northbound on Boynton Avenue.

Individual #2: Male, dark complexion, thin build with braided hair. He last seen wearing blue jeans, blue sneakers, a black t-shirt and a black jacket with patches and a Bald Eagle holding the American flag on the back. 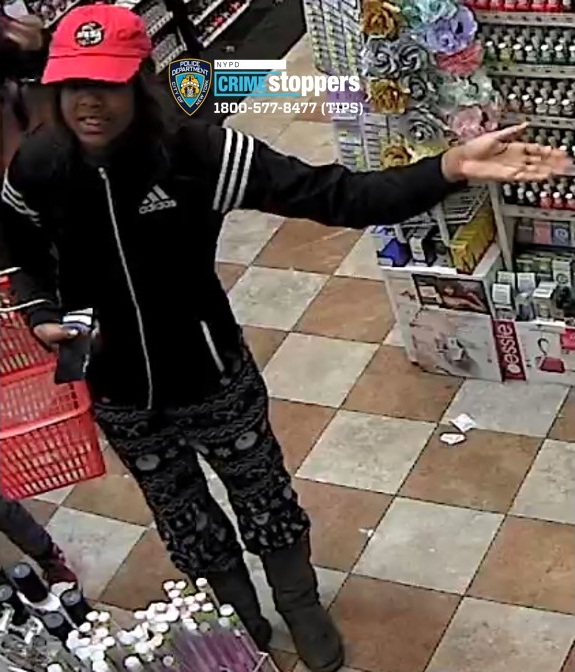