The New York City Police Department is asking for the public’s assistance in identifying the individual, depicted in the attached surveillance photograph, who is wanted for questioning in regard to a criminal mischief incident, that occurred within the confines of the 41st Precinct / Transit District #12 in the Bronx.

It was reported to the police that on Saturday, October 31, 2020, at approximately 0027 hours, the unidentified male was observed by eye witnesses standing on the southbound 6 platform at the Hunts Point Avenue subway station waving a hammer.

The total estimated value of the property damaged is $11,000.

The individual being sought for this incident is described as a male, 20-30 years of age.

Anyone with information related to this incident is asked to call the¬ÝNYPD‚Äòs¬ÝCrime Stoppers¬Ýhotline at¬Ý1‚Äì800‚Äì577‚ÄìTIPS¬Ý(8477) or for Spanish,¬Ý1‚Äì888‚Äì57‚ÄìPISTA¬Ý(74782). The public can also submit their tips by logging onto the¬ÝCrime Stoppers‚Äò¬Ýwebsite¬Ýor by texting their tips to¬Ý274637¬Ý(CRIMES) then enter TIP577. 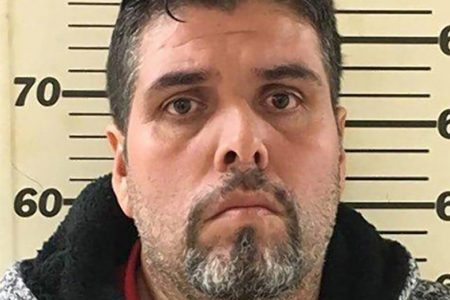