The New York City Police Department is asking for the public’s assistance in identifying the three individuals, depicted in the attached surveillance video clip, who are wanted in connection to a burglary, which occurred within the confines of the 43rd Precinct in the Bronx

It was reported to police that on Thursday, September 23, 2021, at approximately 0248 hours, at a Phillips 66 gas station, located at 902 Soundview Avenue, three individuals entered the location. When an employee of the establishment went to retrieve something from the back of the store, one of the individuals reached into the teller window and removed approximately $4,000 cash.

The three individuals fled the location in a vehicle.

No injuries have been reported in regard to this incident. 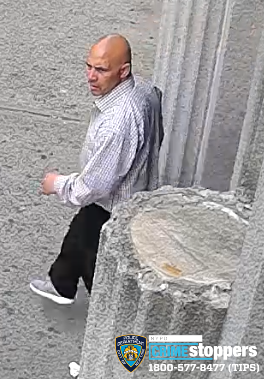