The New York City Police Department is asking for the public’s assistance in identifying the individual, depicted in the attached surveillance photograph, who is wanted in connection to a burglary, that occurred within the confines of the 44th Precinct in the Bronx.

It was reported to police that on Monday, January 11, 2021, at approximately 0020 hours, inside of 1314 Nelson Avenue, an unknown male individual gained entry into the apartment building through the garage.

Once inside, the individual entered the community room and removed tools and a bicycle, valued at approximately $780.

The individual fled on foot, in an unknown direction.

The individual is described as a light skinned male, approximately 28 to 35 years old, 5’8″ tall, weighing 180 lbs.

He was last seen wearing a black coat, black hoodie and a black hat. 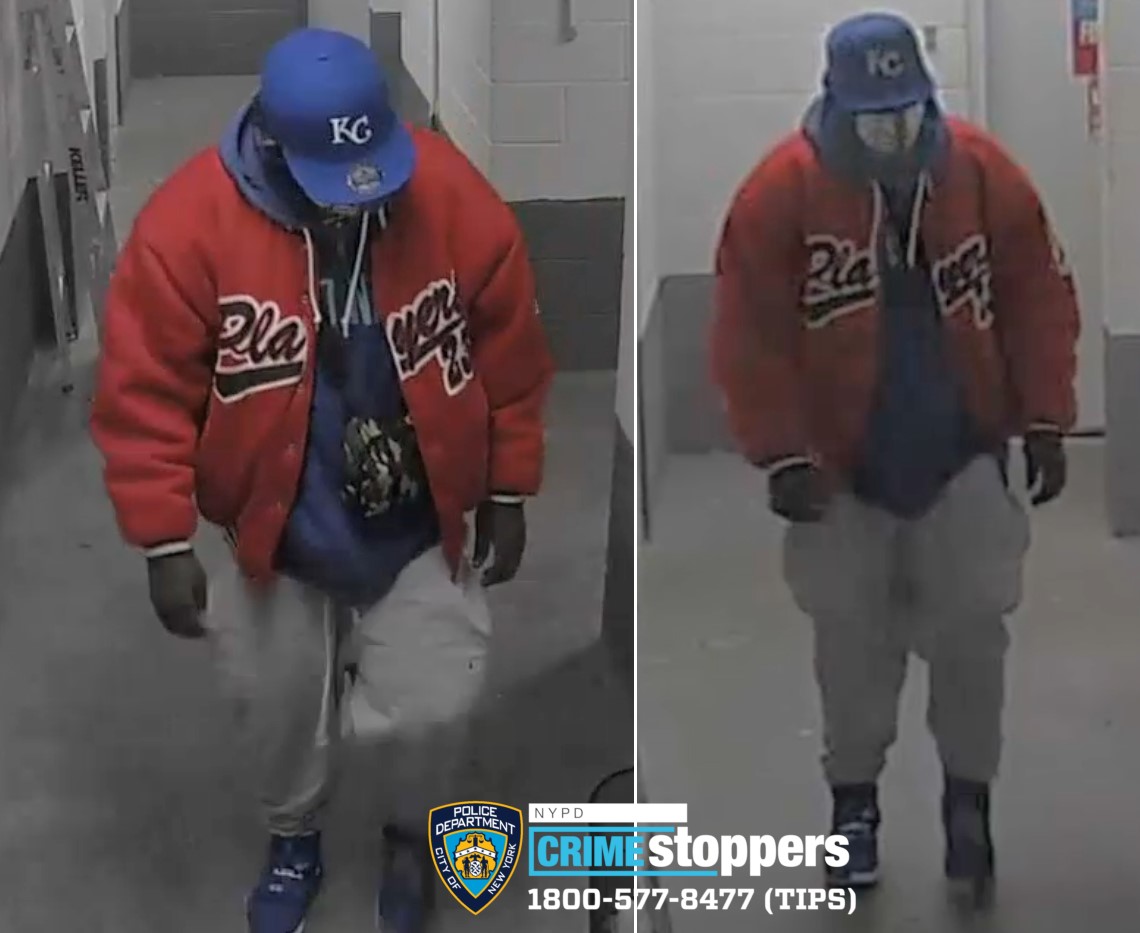