Home / News / Science / Have A Cup Of Joe To Help Your Eyes?

My day starts with coffee. I am too cheap to buy it by the cup from baristas, so I just brew my own Folgers by the pot. I have a cup or two as I settle into work each morning, and another cup – sometimes two – in the early afternoon. That may not be wise for a chronic insomniac like myself, but it’s a lifelong habit that at this point would be quite tough to break.

I am in good company as a coffee-drinker. Coffee is one of the most popular beverages on the planet. That means that coffee’s effects on the human body are worthy of medical study.

Over the years you may have seen headlines about the health effects of coffee. Some published studies suggest that coffee intake lowers the risk of Type 2 diabetes. In men (but not some women), coffee intake also seems to lower the risk of Parkinson’s disease. Coffee seems to raise everybody’s blood pressure, a risk factor for several cardiovascular diseases. On the other hand, there is at least some grounds for hope that it can combat the cognitive decline common with aging. In short, coffee’s effects on the body are complex – and we are still learning what the impact of daily cups of joe may be.

This past year a new study on coffee was published by a team of researchers from Cornell University and the Korea Institute of Science and Technology. The international group looked at the effects of coffee on eye diseases caused by the degeneration of the retina.

The retina is a layer of tissue in the back of your eye. It is composed of oodles of light-sensitive cells that pick up light rays that strike the retina. The components of the retina send vision signals to the brain via the optic nerve. Diseases and problems in the retina can lead to blindness.

The retina is “metabolically active,” meaning it requires a rich supply of oxygen. Lacking this can lead to oxidative stress and eye diseases, such as macular degeneration, that can affect vision.

One of coffee’s significant compounds is a chemical called chlorogenic acid (known as CLA for short). CLA is an antioxidant that the Cornell-Korea study found prevents degeneration of the retina in mice. That is potentially good news for human eye health. If the results of the study hold up under further investigation, we could one day have eye drops that deliver CLA directly where it is needed, bypassing coffee jitters altogether.

The active ingredients in coffee may help our health, but that does not mean we should all swig from a bottomless cup. We’ve all seen headlines about health effects that later don’t seem to pan out. At this point, it is wise to be interested, but to also await more evidence. 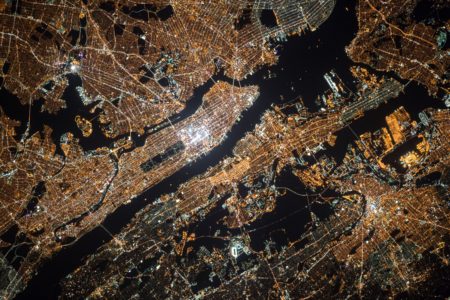