Home / News / Business / Groceries For The Rich, Diesel Fumes For The 99%

The latest in a series of struggles between two competing visions of development is playing out in the South Bronx, on a 100-square-acre section of waterfront property in the neighborhood of Mott Haven.

To some, development appears to be defined by economic growth alone. That would include Governor Andrew Cuomo, Mayor Michael Bloomberg and Bronx Borough President Ruben Diaz Jr. — who on Feb. 7 announced a deal to provide the online grocery-delivery company FreshDirect with $127.8 million in tax breaks and public subsidies to relocate their operations from Long Island City, Queens to the South Bronx. The new distribution center is expected to open in 2015.

For South Bronx Unite, a group of neighborhood residents and city-wide supporters fighting to halt the deal, it is a vision that privileges industrial development and corporate interests over the welfare of the community. In response, the group has launched a campaign to boycott FreshDirect and is pushing local elected officials to question the failures of due process underlying the proposed move.

“For development to work, there has to be a balance,” said Mychal Johnson, a South Bronx activist and member of Community Board 1. “It’s not just about job creation or residential housing, but about standard of living and quality of life. It’s about giving South Bronx residents access to their waterfront, to green space and fresh air.”

According to members of South Bronx Unite, there is little that residents stand to gain from the FreshDirect deal with respect to quality of life — and much they stand to lose.

In a community that suffers from asthma rates five times higher than the national average, the increased levels of air and noise pollution that would accompany FreshDirect’s deliveries threaten to exacerbate already serious public health concerns, critics say. The site where FreshDirect plans to build its new facility is located on the Harlem River Yards, which currently hosts a New York Post printing and distribution center, a FedEx hub and a solid waste transfer station. These operations involve thousands of daily diesel truck trips through the largely residential neighborhood. If built, the FreshDirect facility would bring in approximately 2,000 more truck trips per day, according to South Bronx Unite, and occupy one of the last South Bronx waterfront areas with the potential to be used for recreational public space.

Not only that, but critics have also noted that FreshDirect caters almost exclusively to an affluent clientele whose lifestyles and livelihoods are far removed from the economic realities of the South Bronx. FreshDirect does not serve the area, limiting its deliveries to the wealthier Riverdale, Kingsbridge and Woodlawn sections in the Northern Bronx. Nor does the company accept EBT benefits, which are relied on by 66 percent of South Bronx residents. And although authorities have brought in the deal under the banner of job creation, whether any of these jobs would go to South Bronx residents remains uncertain.

While FreshDirect has agreed to address some of these concerns, promising to phase in environmentally friendly vehicles, expand its service in Bronx, accept EBT benefits and allocate 30 percent of the 1,000 new jobs projected for the next decade to Bronx residents, there is no legal agreement to oblige the company to do so.

“It’s a bad deal on every level,” said Harry Bubbins, a South Bronx resident and founder of Friends of Brook Park. “Meanwhile, the South Bronx has had its own aspirations for the waterfront for many years, and the larger issue for the city and the region is the appropriate economic and environmental use of the Harlem River Yards.”

While South Bronx Unite’s options for reversing the decision are limited, the group is calling on councilmembers Melissa Mark-Viverito and Maria del Carmen Arroyo to propose a resolution to the City Council for increased oversight on the allocation of New York City Industrial Development Authority funds, which in the case of the FreshDirect deal were promised before the single public hearing on the matter occurred on Feb. 10.

“This deal deserves more scrutiny,” said Bettina Damiani, Project Director of Good Jobs New York, a public subsidy watchdog organization. “The fact that the city and FreshDirect didn’t make the effort to emphasize what a large subsidy package this was, and what impact it would have on the South Bronx community, certainly raises serious transparency and due diligence questions.”

In a letter being drafted to the New York State Department of Transportation (DOT), which owns the land on which FreshDirect proposes to build, South Bronx Unite is also challenging the lease that allows such deals to transpire on public property and the outdated environmental impacts assessment of building on the site.

In 1991, DOT leased the site to the Galesi Company, which subsequently subleased parcels of it to the New York Post, FedEx and Waste Management, Inc.

“We’re hoping that as we defeat FreshDirect our local elected officials will look at the waterfront and say, ‘Why does one company have a 99-year-lease for almost 100 acres of waterfront property while paying only $500,000 a year in rent to the DOT?,’” Bubbins said.

The group hopes to eventually have the lease between the DOT and Galesi negated, according to Kristin Hart, a long-time activist and Kingsbridge resident who works with South Bronx Unite. In the meantime, its members are reaching out to FreshDirect customers in wealthy neighborhoods such as the Upper East and West Sides to participate in the boycott.

“It takes a long time to build something like this, but we need to go through the customer base,” Hart said. “If their customers start to question the company’s practices, then FreshDirect may begin to pay attention.”

While the city government is set to fork over $127.8 in subsidies and tax breaks to grocery-delivery company FreshDirect, The Indypendent found some other potential uses for these funds that would actually benefit New Yorkers:

•    One year of monthly health insurance premium payments for over 16,900 Freelancers Union members and their families.
•    Two years of rent payments for 12,200 units of public housing.

As published by Alina Mogilyanskaya here. 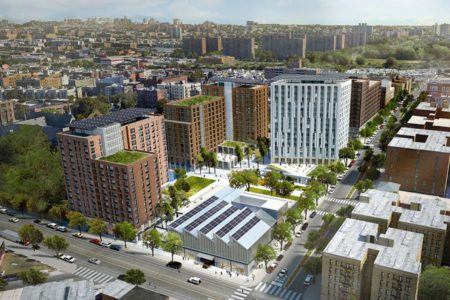 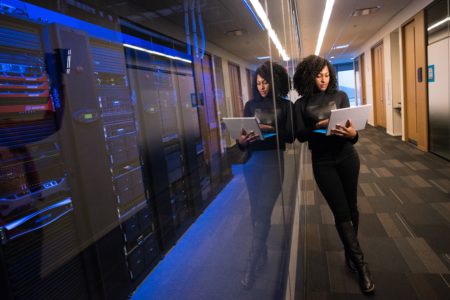 Entrepreneurial Intensive For Women Over 50 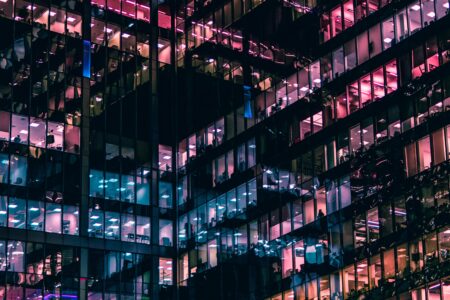