Preet Bharara, the United States Attorney for the Southern District of New York, announced that Joseph Watts, 69, a longtime associate of the Gambino Organized Crime Family of La Cosa Nostra (the “Gambino Family”), was sentenced today to 13 years in prison on murder and assault charges.

Watts pled guilty on January 20, 2011, to a two-count superseding information that charged him with participating in murder and assault conspiracies in order to maintain and increase his influence in the Gambino Family. The sentence was imposed in Manhattan federal court by U.S. District Judge Colleen Mcmahon.U.S. Attorney Preet Bharara stated: “Today’s sentence should serve as a sober reminder that if you kill or harm an actual or potential government witness, no matter how powerful you may think you are, we will find you and send you to prison for a very long time. The sentence Judge McMahon imposed today ensures that Watts will spend the next decade of his life paying for his crimes.”

According to documents previously filed in Manhattan federal court and statements Watts made at his guilty plea proceeding:

Watts was a close associate of one-time Gambino Family Boss John J. Gotti and others. Although Watts was never formally inducted into the Gambino Family as a “made” member because of his non-Italian lineage, he was afforded the status of a Gambino Family capo.

In 1989, Frederick Weiss was a defendant in a case that was pending in the Southern District of New York. John J. Gotti, then-boss of the Gambino Family, suspected that Weiss was cooperating with the government because he terminated a lawyer who regularly represented Gambino Family members and associates. Gotti ordered Weiss to be murdered—an order that Gotti communicated to Watts and others. Watts then put together a murder team to carry out the hit.

In September 1989, Watts and others went to a house on Staten Island where they expected Weiss would be. Watts assigned different Gambino members and associates to different tasks, including digging the grave where Weiss would be buried. Watts himself stood in the garage, holding a gun and waiting to shoot Weiss upon his arrival. Because Weiss did not show up to the house as Watts had expected, he was not killed that day. However, a different team of shooters to whom Gotti had also assigned the task of killing Weiss successfully located him the next day. He was shot to death in front of his apartment building.

While Watts was serving a prison sentence in connection with his 2001 conviction for money laundering, he met Victim-1, whom he came to admire because of Victim-1’s purported stockpicking abilities. When Victim-1 was released from prison, Watts sent an emissary to deliver approximately $350,000 to $400,000—all cash—to Victim-1 to invest on Watts’ behalf. The investment failed. In 2002, Watts demanded his money back from Victim-1, who returned some, but not all.

In addition to his prison term, Judge Mcmahon sentenced Watts, of Staten Island, New York, to three years of supervised release and ordered him to forfeit $250,000.

During the sentencing proceeding, Judge Mcmahon stated that the murder of Frederick Weiss was “heinous,” “hideous,” and the work of a “cold-blooded killer.” Judge McMahon further stated that the maximum sentence, which she ultimately imposed on Watts, was “the consequence of the choice he made.”

Mr. Bharara praised the investigative work of the Federal Bureau of Investigation.

The case is being handled by the Office’s Organized Crime Unit. Assistant U.S. Attorneys Arlo Devlin-Brown and Chi T. Steve Kwok are in charge of the prosecution. 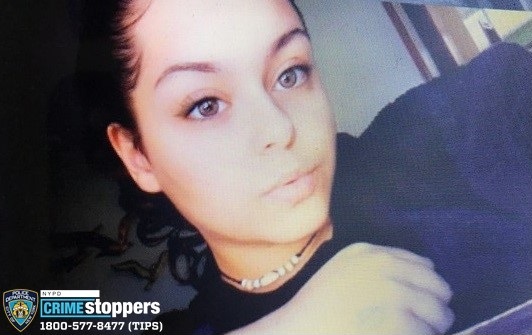