The free BAE Memorial Day outdoor tent concert is scheduled rain or shine. Seating will be provided. Pedestrians can enter the park at Broadway and 246th Street. Limited free parking is also available at the Van Cortlandt Golf House.

Conductor David Gilbert is acclaimed for his dynamic performances with orchestras throughout the United States, the Far East and Europe. He was the first American to serve as principal guest conductor of the Beijing Central Philharmonic. Mr. Gilbert is a faculty member of the Manhattan School of Music where he has conducted both symphony and opera. His compositions for chamber ensemble, orchestra, and opera include his ”Concerto for Trombone, Brass and Orchestra,” ”Ballade Concertante for Tuba and Orchestra,” and ”Phoenix Madrigal” for flute and strings. Mr. Gilbert is Music Director and Conductor of the Greenwich Symphony and music director of the Bergen (NJ) Philharmonic and the Senior Concert Orchestra of New York.

Trombonist, composer and arranger Papo Vázquez is more than thirty-five years into a career spanning the jazz, Latin, Afro-Caribbean and classical music and recording worlds. Recent honors include a commission from Wynton Marsalis for a new work inspired by Cuban painter Wilfredo Lam, which was performed as part of Jazz at Lincoln Center’s Jazz and Art concert this past February, and a Grammy nomination for Best Latin Jazz Album for Papo Vázquez’ Mighty Pirates 2008 recording Marooned/Aíslado, on his own independent label, Picaro Records. He will be presented with a Latino Masters Award by the Pregones Theater in 2011 under the National Endowment for the Arts American Masterpieces: Presenting program. He has been commissioned to compose for the 19-piece Afro-Puerto Rican Jazz Orchestra, and was the first artist to receive a commission to compose for the Afro-Latin Jazz Orchestra, resident band of Jazz at Lincoln Center. Papo’s first classical composition premiered with the Bronx Arts Ensemble at Hostos Center for the Arts & Culture in 2004. A native of Philadelphia, Papo began performing at 15 with such bands as those of Willie Colon and Eddie Palmieri. In New York he began recording and performing with top names in salsa – The Fania All-Stars, Ray Barretto and Chico O’Farrill. He has toured with the Ray Charles Orchestra and performed also with Dizzy Gillespie, Mel Lewis, Hilton Ruiz and Milton Cardona, touring as a member of Tito Puente’s Latin Jazz Ensemble and Dizzy Gillespie’s United Nations Orchestra. He has performed on film soundtracks for “Mo’ Better Blues” and “The Mambo Kings”.

Raymond Torres-Santos is a Puerto Rican born composer, conductor, educator, pianist and arranger. Dr. Torres-Santos is equally at home in both classical and popular music. His style bears the hallmark of no particular orthodoxy and his versatility and music has attracted audiences in Europe, Asia, Latin America and the United States. Considered one of the leading composers of his generation, his works include orchestral, electronic and vocal music for the concert hall, ballet, film, theater, television and radio. Dr. Torres-Santos arrangements have been written for the best opera and popular performers such as: Plácido Domingo, Andrea Bocelli, Angela Gheorghiu, Ana María Martínez and Juan Luis Guerra. He has also served as orchestrator for film composers in Hollywood, such as Ralph Burns (Phantom of the Opera) and Ry Cooder (Brewster’s Millions). As jazz pianist, he has worked with Maynard Ferguson, Freddie Hubbard, Bobby Shew, and Tito Puente. In addition, he has served as music director for pop singer Vikki Carr and Dianne Schuur. As conductor, he has led the London Session Orchestra, Taipei Philharmonic, Cosmopolitan Symphony Orchestra, Puerto Rico Symphony and Philharmonic Orchestras, Dominican Republic National Orchestra, Queens Symphony Orchestra, Adelphi Chamber Orchestra, Bronx Arts Ensemble Orchestra, and Hollywood studio orchestras in concerts and recordings. Dr. Torres-Santos, is the Dean of the College of the Arts (Music, Film, Theater, Design, Dance, Art) at California State University in Long Beach. 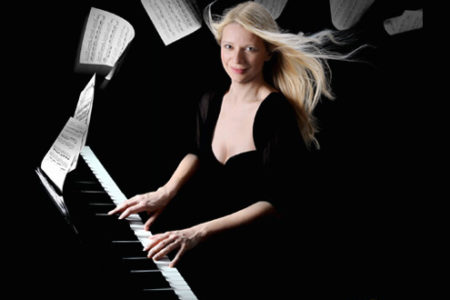 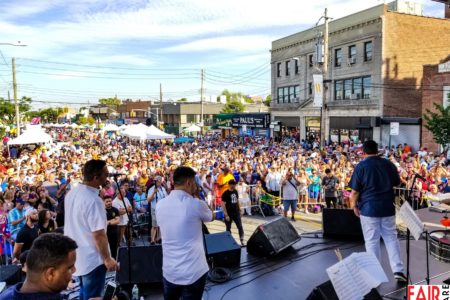