A Long Island man who had a medical practice in Flushing pleaded guilty to criminally negligent homicide after his 30-year-old patient bled to death following an abortion procedure in 2016, prosecutors announced on Friday.

Robert Rho, 55, of Great Neck, chose to plead guilty on May 4 even as jurors were deliberating his fate after a four-week trial, Queens District Attorney Richard A. Brown said. Sentencing is set for June 26, and Rho faces 1 1/3 to four years in prison.

According to trial testimony, the victim went to the now closed Liberty Women’s Health of Queens, where Dr. Rho maintained a practice, on July 9, 2016, for a previously scheduled abortion. The victim arrived with her sister and the abortion was performed after 1:00 p.m.

While in the recovery room, authorities said, the victim began to bleed profusely, prompting Dr. Rho — who did not realize she needed emergency medical care — to perform a second surgical procedure to repair the damage.

The victim left the facility and lost consciousness as her sister drove her back to her Bronx home. The victim was transported to a local Bronx hospital and underwent treatment for vaginal bleeding; she was provided six units of blood during the process. Despite the efforts of medical staff, the victim ultimately died that same evening.

“Sadly, a 30-year-old woman lost her life as a result of the surgery,” Brown said. “The doctor has now accepted responsibility and admitted he failed to realize the damage he’d done and did not provide appropriate and timely medical care following the surgery. He will go to prison as a result of his actions.”

City Parks Worker Steps In To Defend Teen Girl, Gets Attacked In Bronx 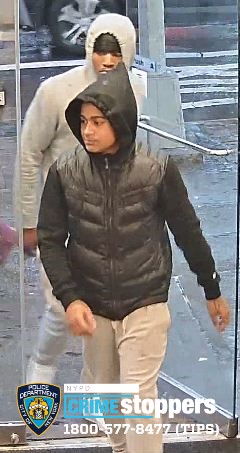