New York Attorney General Letitia James today co-led a coalition of 22 attorneys general warning the nation’s three Consumer Reporting Agencies (CRAs) that they will not hesitate to enforce safeguards set in place to ensure consumers’ credit is properly protected and that their credit reports are fairly and accurately reported as Americans continue to struggle from the economic fallout of the coronavirus disease 2019 (CoViD-19) public health crisis.

In a letter to Experian Information Solutions, Inc.; Equifax Information Services, LLC; and TransUnion, LCC, Attorney General James and the coalition outline their commitment to enforcing the consumer credit protections outlined in the Coronavirus Aid, Relief, and Economic Security Act (CARES Act) passed last month, as well as in the Fair Credit Reporting Act (FCRA), despite the federal government’s failure — under the Trump Administration — to commit to enforcing many of these protections. The letter emphasizes that the coalition will continue to actively monitor and enforce compliance during the CoViD-19 crisis and will hold the CRAs accountable for failure to meet their obligations.

“This is about protecting consumers’ wallets in the future and ensuring the economic fallout of the coronavirus will not impede efforts to go on living the way we were before this pandemic began,” said Attorney General James. “In this period of economic turmoil, these consumer protections are more important than ever, which is why our coalition is committed to protecting consumers and enforcing all federal and state requirements. If the federal government refuses to do its job during this crisis, our coalition will not hesitate to take charge.”

In March 2020, Congress enacted the CARES Act to extend relief to struggling consumers and amend the FCRA to enable consumers to obtain CARES Act relief without incurring lasting harm to their credit scores. To prevent such harm, the CARES Act requires furnishers to report a credit obligation as “current” if the obligation was current prior to the grant of a CARES Act accommodation. The FCRA also protects consumers by requiring CRAs to promptly investigate when consumers dispute the accuracy of information on their credit report. But the Consumer Financial Protection Bureau — under the Trump Administration’s leadership — recently issued guidance that suggests that it will not enforce certain requirements of the FCRA during the CoViD-19 crisis.

In today’s letter, Attorney General James and the coalition warn the three CRAs that, while the federal government refuses to protect consumers, each state will enforce the requirements of the FCRA and agreements between CRAs and states to conduct meaningful and timely investigations of consumer disputes of credit information.

“This CARES Act provision is critically important both to individual consumers and to the overall recovery of the economy because it ensures that consumers obtain essential relief without jeopardizing their future ability to secure employment, rent or buy a home, obtain a credit card, or purchase a car,” the attorneys general write in their letter. “The state Attorneys General expect compliance with this vital provision of the CARES Act, and we will actively monitor for and enforce such compliance.”

At a time when the nation faces significant economic uncertainty, it is more important than ever that CRAs meet their obligations under the law to protect consumers against incorrect information in their credit reports that could prevent them from conducting all of the normal activities they would be able to do before the CoViD-19 pandemic began.

Today’s letter follows a letter Attorney General James and the coalition sent to the Consumer Financial Protection Bureau on April 13, 2020, urging the agency to rescind its announcement that it would not enforce certain provisions of the CARES Act and the FCRA.

This matter was handled by Special Counsel Carolyn Fast, under the Supervision of Consumer Frauds Bureau Chief Jane M. Azia and Deputy Bureau Chief Laura Levine. The Consumer Frauds and Protection Bureau is a part of the Division of Economic Justice, which is overseen by Chief Deputy Attorney General for Economic Justice Christopher D’Angelo and First Deputy Attorney General Jennifer Levy. 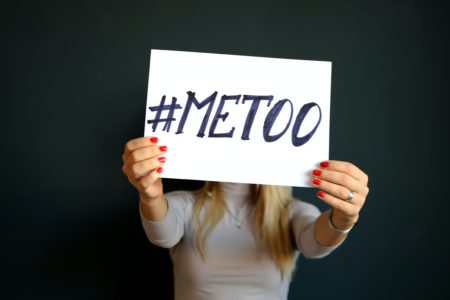