New York Attorney General Letitia James today announced the guilty plea, resignation, and sentencing of Bronx County Clerk and former Assemblymember Luis Diaz, 69, of the Bronx, for intentionally writing, certifying, and submitting false information to the court in support of a criminal defendant. As Bronx County Clerk, Diaz knowingly defrauded the court by claiming that Thomas Poli, an alleged associate of the Genovese crime family, fulfilled a community service requirement as part of a criminal charge in exchange for money. In addition to the guilty plea, Diaz resigned his role as the Bronx County Clerk.

“When we take our oath of office as public servants, we make a promise to our constituents to lead with integrity and uphold the laws of the great state of New York,” said Attorney General James. “Mr. Diaz violated that pledge, along with the sanctity of the same county court system he represents. Let this be a warning: we have zero tolerance for public servants who abuse public trust, and we will root out corruption in any and every form in New York.

Diaz was arraigned and pled guilty today before Supreme Court Judge Poust Lopez in Bronx County to one count of Offering a False Instrument for Filing in the First Degree, a class E felony. The plea includes Diaz’s resignation from his lifetime appointment as the Bronx County Clerk and a lifetime ban on holding public office or working for nonprofit organizations registered in New York state. Additionally, Diaz must complete 100 hours of community service. Diaz was also sentenced today to a three year conditional discharge, an additional condition of which is that he does not get rearrested for three years.

In addition to his salaried appointment as the Bronx County Clerk, Diaz worked as a paid consultant for often-criticized and now defuncthomeless services provider Aguila, Inc. (Aguila) since 2014. In this role, Diaz maintained a close working relationship with the organization’s former Chief of Staff Jose Sierra and Thomas Poli, then a contractor for Aguila.

In order to satisfy the conditions of a plea in a 2019 criminal charge, Poli requested that Diaz draft and submit a letter to the court stating that Poli performed volunteer work for Aguila. However, Poli did not perform any community service for the organization, and in fact, he was paid by Aguila for vending, storage, and furniture contracts.

In April 2022, Poli was charged with racketeering conspiracy after a joint investigation from the Office of the Attorney General (OAG), U.S Attorney’s Office for the Southern District of New York, and the Kings County District Attorney’s Office for his role in illegal gambling and related extortions in connection with the Genovese crime family. Poli’s 2019 sentencing was for a prior, unrelated matter.

The OAG thanks the Kings County District Attorney’s Office, specifically Patricia McNeill, Chief of the Investigations Division, Assistant District Attorneys Christopher Blank, Chief of the Organized Crime and Racketeering Bureau and Pamela Murray, as well as Investigators John Beale and Thomas Farley for their valuable work and assistance in this investigation and prosecution.

This was a joint investigation between OAG’s Organized Crime Task Force (OCTF) and OAG’s Public Integrity Bureau. This investigation was led by OCTF Detective John Mullen under the direction of OCTF Detective Supervisor Bradford Miller and Acting Deputy Chief Andrew Boss. The Investigations Division is led by Chief Oliver Pu-Folkes. 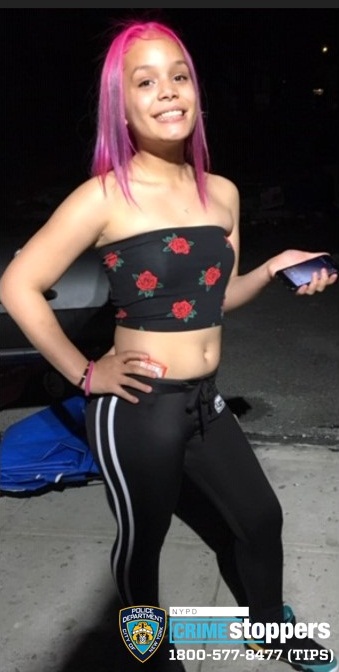 Sterling Aguilar, 28, And Lisa Harris-Elien, 41, Arrested For The Murder Of Lawrence Leathers, 37