Innovo Property will raze a movie theater and put up a parking lot.

Square Mile Capital and Innovo Property Group, a firm that former Carlyle Group executive Andrew Chung founded two years ago, are in contract to purchase the Whitestone Multiplex Cinemas site for roughly $75 million, according to Crain’s. The companies plan to finance the purchase by sourcing about $56 million worth of debt.

The movie theater closed in 2013, and Extell has been running a commercial parking facility out of its lot, which is 360,000 square feet.

Innovo plans to increase the lot’s size to 630,000 square feet by demolishing the movie theater, which should boost parking revenues to about $6 million. They may also develop as much as 740,000 square feet of industrial space and lease it to e-commerce companies for deliveries.

Extell purchased the Bronx site at 2505 Bruckner Boulevard in 2015 for $41 million from David Lichtenstein’s Lightstone Group. Lightstone had reportedly planned to convert the property into an outlet mall, but the firm never followed through with this idea 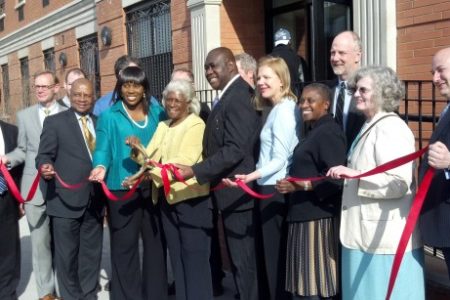