Solomon L. Moshé, M.D., a leading pediatric epilepsy clinician and researcher at Albert Einstein College of Medicine of Yeshiva University, will become the new elected President of the International League Against Epilepsy (ILAE) on July 2nd at the International Epilepsy Congress in Budapest, Hungary.

A recognized leader in the field, Dr. Moshé will serve a four-year term as head of the society of medical and health professionals. With voting chapters in over 100 countries, the League aims to advance and disseminate knowledge about epilepsy; promote research, education and training; and improve services and care for patients, especially by prevention, diagnosis, and treatment. Dr. Moshé is professor of neurology, of neuroscience, and of pediatrics at Einstein, and serves as the College of Medicine’s vice chairman of neurology, and director of child neurology and of clinical neurophysiology.

“It is a privilege and honor to be elected president of the International League Against Epilepsy as we celebrate our first centennial,” says Dr. Moshé. “By drawing on an international pool of talented members, chapter leaders, and regional representatives, and by opening channels of effective communication, the League will pursue its mission to forge the necessary tools to address the challenges and seize the opportunities in our next hundred years.”

Dr. Moshé plans to focus ILAE’s efforts to improve the quality of life for all people with epilepsy by extending collaborative international education, training, and research; promoting initiatives and partnerships with similarly minded organizations, by including the World Health Organization, to improve care and to reduce the treatment gap in less developed countries; and by mentoring the next generation of the leaders in the field.

For three decades, Dr. Moshé has studied epilepsy, the most common serious neurological disorder, affecting an estimated 50 million people worldwide. Epilepsy is characterized by recurrent seizures, and abnormal electrical brain discharges. Like static on a telephone line, seizures interrupt normal brain activity. The disorder is comprised of a group of syndromes, each with different symptoms and triggers. Causes include genetic or developmental conditions, brain infections, stroke, or severe trauma that cause scar tissue to form on the brain.

Dr. Moshé’s research has focused on understanding the mechanisms underlying age- and gender-related differences in epilepsy. His current efforts include investigating how seizures stop as a function of age and gender, epigenetic modulation of these systems involved in seizure control, and the development of models to treat infantile spasms, a catastrophic epileptic disorder leading to mental retardation and autism. His 25-year collaboration with Shlomo Shinnar, M.D., Ph.D., professor of neurology, of pediatrics and of epidemiology & population health at Einstein, has been particularly fruitful. By bridging the gap between basic and clinical research, the two have made numerous contributions, including the ability to predict whether an individual experiencing seizure is likely to develop epilepsy, the consequences of prolonged seizures, and links between epilepsy and autism.

In addition to his research, Dr. Moshé has been a leader in developing medical guidelines for the diagnosis and treatment of epilepsy, facilitating major consortiums of leading research entities, and demystifying the condition around the globe. A committed mentor, Dr. Moshé directs one of the few centers funded by the National Institutes of Health for training pediatric neurologists in research. For more than 25 years, Dr. Moshé has mentored more than 200 scientists and clinicians around the world in basic science epilepsy-related research, child neurology, and clinical neurophysiology.

Dr. Moshé is dedicated to promoting education to address the stigma that surrounds epilepsy in the United States and around the world. In some countries, people with epilepsy are not allowed to drive, marry, or have children. Even in the U.S., many still believe exercise or physical exertion can produce seizures, a misconception not supported by science.

To illustrate the point that epileptics can safely enjoy sports, Dr. Moshé is participating in an exhibition soccer match played by teams comprised primarily of players with epilepsy from European countries. The event will take place in Göteborg and Helsigborg, Sweden on Friday, June 26, 2009 just before the opening of the two semi-final games of the United European Football Association Under-21 championship. Dr. Moshé, an experienced youth soccer coach, will coach one of the teams.

While at night it had a great effect, as I can sleep for 4-5 hours at the hospital after the injection (the drug Tramadol starts acting in about 20 minutes), in the morning it is a disadvantage. 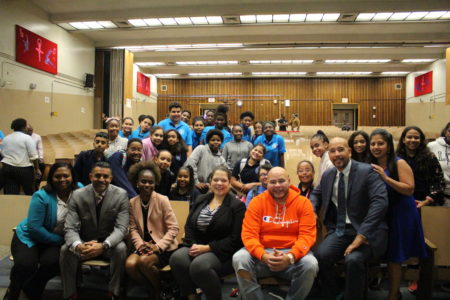