Richard Hovan, 30, was an engaged MIT “wizard,” math teacher at the Riverdale Country School, and now, accused of carrying on sexual acts with a 16-year-old student.

According to reports, Hovan had engaged in sexual acts with the 16-year-old twice at his Chelsea apartment that he bought with this then-fiancé, Marina Bontkowski. The Bronx private school fired the teacher when they learned of the allegations last May.

A relationship between the teacher and student began when the teen was 15-years-old. According to prosecutor Shanda Strain, “improper” e-mails began at 15-years-old and heightened to “illicit romps” when she turned 16-years-old.

A source living in the same Chelsea apartment claimed that Hovan’s fiancé almost walked in on them, when the girl reportedly climbed out of the fire escape from his apartment and hide there. Police obtained video footage of the student leaving the apartment.

Bontkowski found out about her future husbands escapades with the 16-year-old she called the cops.

Hovan was brought before a judge on Monday where he was charged with having sexual encounters with a student. The former teacher is denying the allegations, and pleaded not guilty to criminal sex act and child endangerment charges reported the Associated Press. Hovan was set free on a $25,000 bond.

Head of the Riverdale Country School, Dominic Randolph, released a statement that they were “deeply saddened” by the events and reassure that they are taking the necessary and proper steps to protect students.

Street view of the school’s Fieldson Road campus can be seen here: 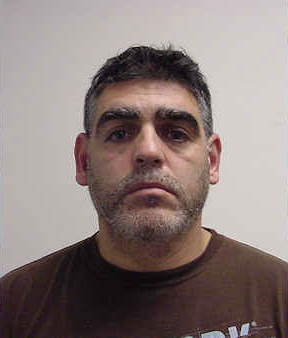