Mayor Bill de Blasio today appointed Edward Grayson as the Acting Commissioner of the City of New York Department of Sanitation (DSNY). Grayson, currently the Director of DSNY’s Bureau of Cleaning and Collection, began his DSNY career in 1999.

“Edward Grayson is the kind of experienced, steady hand New York’s Strongest needs to lead the department through this transitional period,” said Mayor Bill de Blasio. “I am grateful for his service, and I look forward to working with him to give New Yorkers the safe, livable communities they deserve.”

“Edward Grayson has devoted his career to making New Yorker City a safer and cleaner place for all New Yorkers, and I am looking forward to working with him in his new role,” said Deputy Mayor Laura Anglin. “I also want to thank both outgoing Commissioner Kathryn Garcia and First Deputy Commissioner Steven Costas for their years of dedicated public service. Their tireless work made this city a better place to live.”

“When I was a kid, I always wanted to be a sanitation worker, because my dad was one,” said DSNY Acting Commissioner Edward Grayson. “Every single member of this Department is someone’s family, but during these unprecedented times, we are each other’s family, too, and I promise to never forget that. I want to thank Mayor de Blasio for the confidence he has placed in me, and Commissioner Garcia for the example she has set of competent, forward looking leadership and commitment to sustainability – a commitment DSNY will not abandon.”

Edward Grayson is a 21-year veteran of the Department of Sanitation, most recently appointed four-star chief and Director of the Bureau of Cleaning and Collection in September of 2017. Acting Commissioner Grayson has held a range of positions throughout the Department. He was Operations Chief overseeing snow removal during the 2016 Jonas Blizzard, the largest snow storm in New York City history.   As Director of the Bureau of Cleaning and Collection, Grayson oversees day-to-day operations for DSNY, including the collection, recycling and disposal of more than 12,000 tons of waste per day and efforts to keep the city’s communities healthy, safe and clean. He has implemented new technologies to improve snow removal and reform front-line operations, and he has been a leader in the Department’s implementation of the City’s aggressive zero-waste goals.   His father was a life-long Sanitation worker and supervisor and his mother was recycling outreach coordinator during the rollout of the City’s groundbreaking citywide recycling program in the 1990s. Acting Commissioner Grayson was raised in Middle Village, Queens. 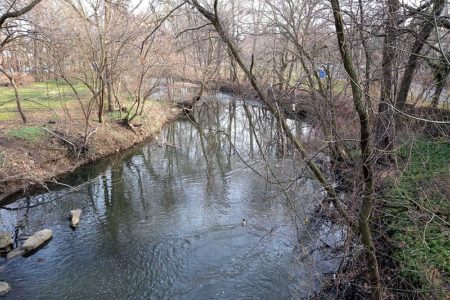 How To Polute A River