Judges have selected five books published in 2011 as finalists for the 2012 PEN/Faulkner Award for Fiction, America’s largest peer-juried prize for fiction. Among the nominees is South Bronx’s own Don DeLillo. The list of selected authors follows.

Russell Banks for Lost Memory of Skin (Ecco)
Don DeLillo for The Angel Esmeralda: Nine Stories (Scribner)
Anita Desai for The Artist of Disappearance (Houghton Mifflin Harcourt)
Steven Millhauser for We Others: New and Selected Stories (Knopf)
Julie Otsuka for The Buddha in the Attic (Knopf)

The announcement was made today by the directors of the PEN/Faulkner Foundation, Susan Richards Shreve and Robert Stone, Co-Chairmen.

“The PEN/Faulkner judges have chosen an impressive list of books from those published in 2011, exciting in the range of stories selected, their integrity and excellence,” said Susan Richards Shreve, Co-Chairman of the PEN/Faulkner Board of Directors.

The judges—Marita Golden, Maureen Howard, and Steve Yarbrough—considered close to 350 novels and short story collections by American authors published in the U.S. during the 2011 calendar year. Submissions came from dozens of publishing houses, including small and academic presses. There is no fee for a publisher to submit a book.

The winner, who will receive $15,000, will be announced on March 26th. The four finalists will receive $5,000 each. In a ceremony that celebrates the winner as “first among equals,” all five authors will be honored during the 32nd Annual PEN/Faulkner Award for Fiction Ceremony at the Folger Shakespeare Library, located at 201 East Capitol Street, SE on Saturday, May 5, 2012 at 07:00 p.m. Tickets are $125 for the ceremony and reception, and can be purchased by phoning the Folger Box Office at 202-544-7077 or online by visiting here.

Russell Banks‘s Lost Memory of Skin traces the rich, heartbreaking turns in the life of a convicted sex offender known only as the “The Kid.” Released from a prison sentence for an online tryst with an underage girl that went too far, The Kid falls in with an encampment of other sex offenders who live beneath a south Florida highway underpass. This changes when he meets “The Professor,” a genius sociologist who recruits him for research. It’s a rich, often disturbing narrative that The Washington Post’s Sue Miller says shows off Banks’s “greatest gifts,” like “his ability to write about large issues — historic, cultural, socioeconomic — while presenting the particular dilemmas and failings of sharply drawn characters.”

Don DeLillo’s The Angel Esmeralda: Nine Stories chronicles (and foretells) three decades of American life. Set in Greece, the Caribbean, Manhattan, a white-collar prison, and outer space, these stories represent DeLillo at his finest. In the title story, Sisters Edgar and Grace, nuns working the violent streets of South Bronx, confirm the neighborhood’s miracle, the apparition of a dead child, Esmeralda. Writing in The New York Times, Michiko Kakutani described the story as “a dazzlingly told tale of despair and ruination, the dream of redemption and the testing of faith…the tale not only uses Mr. DeLillo’s electric gifts of language, but is also one of his rare, deeply emotional forays into the human heart.”

In the three novellas that comprise The Artist of Disappearance, author Anita Desai confronts art’s sometimes incongruous place in a rapidly changing, modern world. Set in three areas of India, Desai’s protagonists are suspended, haunted by their past failings and paralyzed by the restricted roles they feel forced to play. In “The Museum of Final Journeys,” a government official looks back on his first appointment as a junior officer in a far-flung, rural province, where he is asked by the overseer of a large estate for help in cataloging and restoring a collection of Asian antiquities. In “Translator Translated,” Prema Joshi, a frustrated literature professor, tests the boundary between writer and translator as she translates a novel by her favorite author from a rural dialect into English. The titular novella follows Ravi, the discarded son of wealthy, adoptive parents as he clings to the remains of his family’s estate and strives to create a secret garden where he can be alone with nature. “In changing India, where deep-rooted tradition meets the great, cruel engine of unbridled capitalism, stories of loss, beauty and hurt abound,” writes Hector Tobar for The Los Angeles Times.

Praised by the Guardian UK’s Patrick Ness as “mammoth” and “beguiling,” Steven Millhauser’s collection We Others: New and Selected Stories pulls together thirty of Millhauser’s unique, ambitious short stories from the last thirty years, with settings that range from a museum of oddities (“The Barnum Museum”) to Thomas Edison’s laboratory (“The Wizard of West Orange”). A magical realist who has been compared to Kafka and Borges, The Washington Post’s Michael Dirda writes of Millhauser’s work that it “illustrates the very definition of the uncanny—that moment when the homey or familiar suddenly swerves into something rich, strange and menacing.”

Julie Otsuka’s The Buddha in the Attic is a precise, poetic novel that tells the story of Japanese picture brides brought to California from Japan in the early twentieth century. In a series of eight slim, self-contained chapters, Otsuka crafts a first-person plural voice described as “incantatory” in The New York Times. This collective voice is borne out of a harsh boat trip that binds the women to one another in both experience and expectation, creating a shared identity for those who are soon to be exquisitely alone in a new world. Upon arrival in California, these women meet husbands who are strangers, begin to bear children who are American, and are eventually forced into internment camps. Otsuka’s evocation of the shared experience of emotional and cultural isolation creates what The San Francisco Chronicle describes as “an understated masterpiece about our treatment of the ‘other,’ the distillation of a national tragedy that unfolds with great emotional power.”

Celebrating the 32nd year of the PEN/Faulkner Award for Fiction, The PEN/Faulkner Foundation is committed to building audiences for exceptional literature and bringing writers together with their readers. This mission is accomplished through a reading series at the Folger Shakespeare Library by distinguished writers who have won the respect of readers and writers alike; the PEN/Faulkner Award, the largest peer-juried award for fiction in the United States; the PEN/Malamud Award, honoring excellence in the short story; and the Writers in Schools program, which brings nationally and internationally-acclaimed authors to public high school classrooms, book clubs of teen parents, and groups of incarcerated youth in Washington, DC. 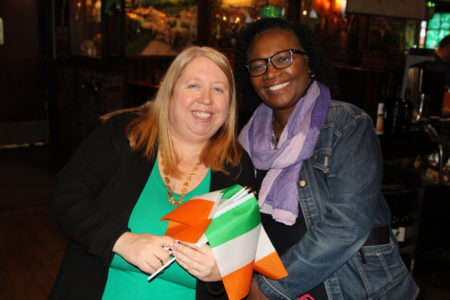 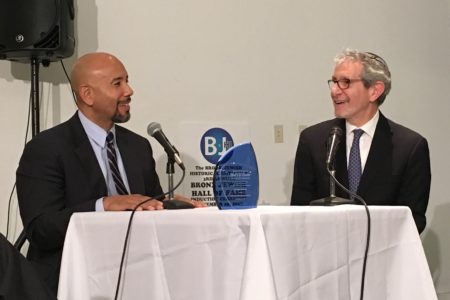 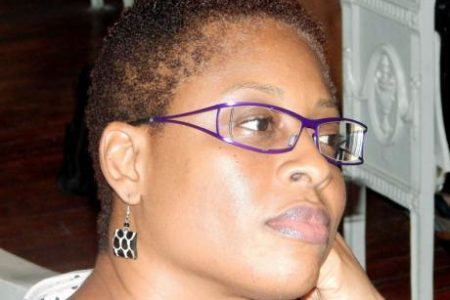 Reading: Drama From The Diaspora By Writer & Playwright Amba Chevannes