The CoViD-19 pandemic hit the Bronx harder than any other borough by several measures, according to an economic analysis, released today by New York State Comptroller Thomas P. DiNapoli.

As DiNapoli’s report details, prior to the start of the pandemic, the Bronx was on an upward trajectory, with steady economic and population growth after years of economic decline. The pandemic, however, has stalled progress in the borough that is home to one-fifth of New Yorkers and has threatened to reverse the gains it has made in recent years.

“More than a year of sustained damage caused by the CoViD-19 pandemic has taken a toll on the Bronx, throwing it off its pre-pandemic course,” DiNapoli said. “The borough has proven its resilience before, with its recent long period of renewal aided by government efforts to provide basic services and boost economic activity and quality of life in the borough. The road to recovery will take time, and it is crucial that the state and city ensure that the Bronx receives its fair share of assistance to address the serious damage it has sustained.”

“Prior to the CoViD-19 pandemic, the Bronx had record low unemployment and development was at an all-time high, we were trending in the right direction,” said Bronx Borough President Ruben Diaz, Jr. “While the pandemic hit our borough hard, we will come back strong and move forward with large infrastructure projects including the Bruckner-Sheridan Interchange, four new Metro-North stations, the renovation of Orchard Beach, and various development projects. I want to thank New York State Comptroller DiNapoli for releasing a comprehensive report shedding light on our borough and working to ensure the Bronx receives our fair share of assistance as we rebuild.”

“The pandemic brought to light and exacerbated the various economic and healthcare inequalities that Bronxites face,” said Assembly Member Karines Reyes, who represents the 87th Assembly District. “Unemployment skyrocketed as the retail and service sectors halted operations due to lockdown restrictions. West Farms, a predominately Black and Latino neighborhood in the 87th Assembly District, saw unemployment levels reach 26% at one point. West Farms was the most egregious example of what happens when a city does not adequately support its residents. The Bronx is in need of significant investment that will not only bring the borough back from pre-pandemic levels but also continue the upward trend that it had seen after years of decline.”

“This pandemic has truly impacted the lives of Bronxites,” said Council Member Kevin C. Riley. “I commend New York State Comptroller DiNapoli’s for issuing this comprehensive report that not only highlighted many of the underlying issues that our residents faced prior to the pandemic but also key recommendations for the next steps of our recovery. We must be persistent in addressing the issue of food insecurities within our borough, as well as making sure Bronx residents are at the table when we are discussing relief aid on all levels of government. Our borough has and will always be resilient and as we move towards some form of normalcy, we will continue to work hard to be the first in everything good instead of first in everything bad.”

DiNapoli urged city and state leaders to prioritize a recovery in the Bronx by addressing its needs including:

Ahead of Pandemic, Decades of Steady Growth in Population, Employment and New Businesses

The Bronx is one of New York City’s most diverse boroughs with the highest share of minority residents of any borough (more than 90 percent). Over the past 20 years, the Bronx grew faster than any other borough, driven in large part by immigration. From 2000 through 2017, the Bronx’s population increased by 10.4 percent to 1.47 million residents. During that time, the borough’s immigrant population rose by 38.8 percent. From 2017 through 2019 the overall population saw a slight decline from 1.47 to 1.42 million, in line with declines citywide.

The Bronx experienced steady employment and new business growth from 2009 through 2019. Employment in the borough grew by 20 percent and reached 249,000 jobs in 2019. Although the borough trailed the citywide growth rate of 29.9 percent for employment, it was the only borough to show no decline in employment during the Great Recession. The steady growth in employment is heavily concentrated in four sectors: healthcare, social assistance, leisure and hospitality, and retail.

Over 70 percent of Bronx residents work in essential or face-to-face industries, the largest of which include 25.9 percent in health care and social assistance; 10.2 percent in retail trade; 9.6 percent in accommodation and food services; and 7.7 percent in transportation and warehousing.

The borough is comprised of mostly small businesses and in the 10 years leading up to the pandemic, businesses in the borough increased by 15.3 percent. This was faster than both the boroughs of Manhattan and Staten Island.

Despite the impressive gains the Bronx experienced, challenges and inequities remain. They have made the borough particularly vulnerable to the negative health and economic outcomes of the pandemic. The pandemic laid bare these stark inequities as minority Bronx residents faced the highest rate of hospitalizations and deaths.

Certain conditions put individuals, and thus communities, at higher risk of contracting CoViD-19 and experiencing more severe outcomes. These conditions include poverty, unemployment, crowded housing, underlying health conditions and access to healthcare services. The Bronx had the highest rate, nearly 42 percent, of residents who faced three or more risk factors. The prevalence of these risk factors reflects residents relatively poorer access to quality healthcare ahead of the pandemic, which contributed to the borough’s relatively high rate of hospitalizations and deaths from the virus.

Income and housing also remain critical challenges facing residents. The Bronx’s $41,400 median household income is well below the citywide median of $69,400, and its 27.3 percent poverty rate is far higher than the citywide average of 16.4 percent. Housing affordability is a serious issue facing many residents. The borough has the largest share of households who rent (80 percent) among all counties in the state, 61 percent of whom are rent-burdened, paying more than 30 percent of their income towards rent.

Economic Impact of the Pandemic Not Yet Known

The full economic impact of the pandemic on the Bronx will take years to become known, but many residents are already experiencing hardships.

Many borough residents work in essential and face-to-face sectors, which increased their risk of contracting CoViD-19 and losing employment to the shutdown. They were far more dependent on the subway system than other New Yorkers. In all but one month (October 2020), the level of ridership was higher in the Bronx than in all other boroughs.

The sudden and dramatic closure of businesses across New York City hit the leisure and hospitality sector the hardest, as an earlier report from DiNapoli detailed. In the Bronx, it meant the loss of 9,600 jobs — a 45.6 percent drop — in that sector by the summer of 2020.

The borough also had the highest unemployment rate throughout the pandemic. Unemployment averaged 5.4 percent in the first three months of 2020, then shot up to a peak of 24.6 percent in May 2020, before gradually declining to 15 percent in April 2021. The extension and increases in unemployment payments have been particularly important resources for Bronx residents who remain out of work.

Most businesses in the borough are small, and the measures put in place to combat the health impacts of the CoViD-19 virus forced many to close. Some business owners were able to rely on economic relief to stay afloat. Programs such as Paycheck Protection Program (PPP) loans served as vital resources but were slow to reach businesses in the borough. Better targeting of more recent rounds of funding and continued outreach regarding the program have led to an improvement in critical resources reaching those in need. Existing federal, state and city programs to support businesses and individuals should continue to be adjusted for and communicated to those hardest hit, including residents in the Bronx.

Improved outreach and delivery of support programs are welcome signs as the borough sets its sights on recovery, but there is a lot more that needs to be done in order to accomplish a true recovery. The Bronx’s continued revitalization and improvement will serve as an important benchmark for measuring the city’s success in achieving an equitable recovery for all New Yorkers.

Additional findings in the report include:

To download the report in English, please visit here.

To download the report in Spanish, please visit here. 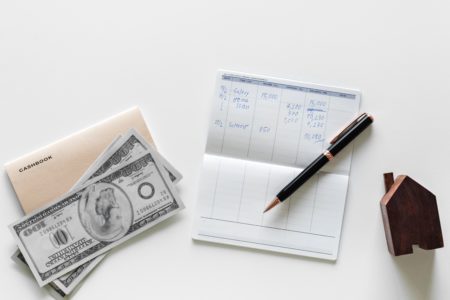 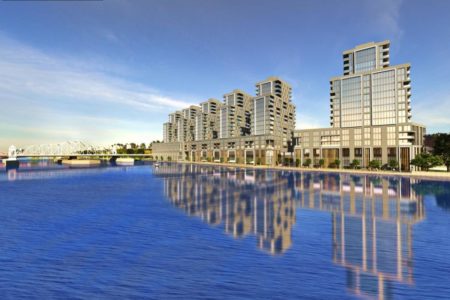