A 22-year-old was stabbed to death in a McDonald’s parking lot early Sunday morning, police said.

The victim, Hansell Arias, 22, of Bronx, was college-bound, and had been looking forward to a career as a restaurateur.

He was killed at 2:13 a.m. Sunday, when police found him unconscious on Webster Avenue near East 173rd Street, with a stab wound in his chest.

He was rushed to Lincoln Hospital but declared dead upon arrival.

Police said there have been no suspects found related to the incident, and that an investigation was ongoing.

Lisa Arias pleaded for her brother’s killer to confess and turn themselves in. 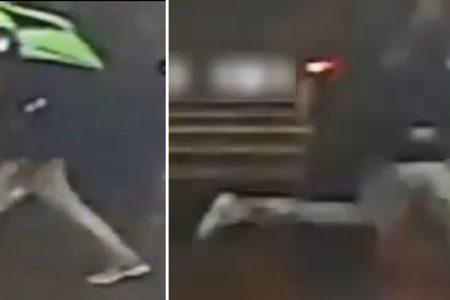