On April 24 & 28, 2018, two complaints for civil violations against the BNP Paribas Bank were filed involving blocking and closures of French expatriates and American residents with accounts with French banks.

The first complaint was filed against the bank BNP Paribas with the Consumer Financial Protection Bureau, a U.S. federal agency created to provide a single point of accountability for enforcing federal consumer financial laws and protecting consumers in the financial marketplace, by the Dodd-Frank Wall Street Reform and Consumer Financial Protection Act of 2010, as amended, Public Law 111-203 (July 21, 2010), title X, codified at 12 U.S.C. 5481 et seq.

The second complaint was filed against the bank BNP Paribas with the New York Attorney General, who also has jurisdiction over financial institutions doing business in New York.

Both of these complaints, filed by Pierre Ciric, a lawyer in New York and a client of BNP Paribas Bank, involve civil violations involving bank accounts provided to expatriate or American clients in the United States and subject to the U.S. FATCA law (Foreign Account Tax Compliance Act).

According to this complaint, the BNP Paribas Bank, along with other French banks, are routinely closing, blocking or freezing accounts of American, French or bi-national clients residing in the United States and subject to the U.S. FATCA law with bank accounts in France, without sufficient legal basis, and are engaged in discriminatory practices vis-à-vis such residents, trying to identify customers with “signs of Americanity”.

According to the plaintiff, “BNP Paribas Bank, as well as many other French financial institutions, have for years been resorting to actual financial harassment of US-based clients under the pretext of complying with the U.S. FATCA law, by imposing either bank account closures, blocking or freezes without any legal basis for their actions. These institutions must understand that the US FATCA law does not provide a hunting license against U.S. residents with banking relationships in France that have often been in place for decades.”

Additionally, the plaintiff submitted a request to the French legislator for the 1st district of French Citizens Leaving Abroad, Roland Lescure, seeking for him to intervene with the French Government, as he did on behalf of “Accidental Americans,” in order to stop these discriminatory, unfair, and abusive practices. 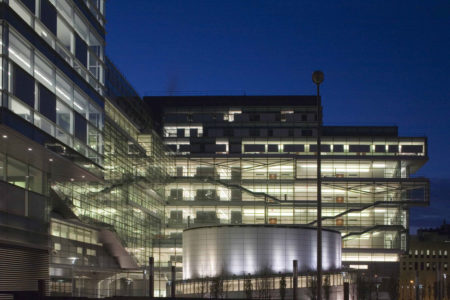