The campaign, in English and Spanish, was first announced by Mayor Bloomberg during the opening of the City’s third Family Justice Center in the Bronx back in April.

This campaign has been created to increase awareness about domestic violence and where to get help. Based on input from domestic violence survivors, during this third phase of the campaign, thanks to the support of the Bronx Chamber of Commerce, posters emphasizing that everyone has a right to a healthy relationship will be placed on 50 Delicioso Coco Helado carts citywide. The campaign is partly funded by the Verizon Wireless HopeLine through the Mayor’s Fund to Advance New York City. The posters, palm cards and stickers have already been placed throughout the City in local businesses, City agencies and medical offices. All materials encourage people to call 311 for the New York City Domestic Violence Hotline or 911 in an emergency.

To recognize the important support of the business community to this campaign, Commissioner Jimenez hosted a press conference joined by Senator Ruth Hassel-Thompson; Leonard Caro, President of the Bronx Chamber of Commerce; Sophia Thiebaud, Vice President of Operations of Delicioso Coco Helado; Geri Sciortino from The Bronx Design Group who donated the printing of the stickers for the campaign; and David Samberg, Verizon Wireless Public Relations Manager. The event was held at the Delicioso Coco Helado warehouse, located at 849 St. Ann’s Avenue in the Bronx.

“We are glad to be joined by the Bronx Chamber of Commerce in our effort to raise awareness about domestic violence,” said Mayor’s Office to Combat Domestic Violence Commissioner Yolanda B. Jimenez. “By partnering with local businesses we are making sure that our message is delivered to every neighborhood in New York City. We are asking all businesses to join this effort to help save lives.”

“Verizon Wireless, through its HopeLine program, is proud to support and contribute to this far-reaching public education campaign,” said Pat Devlin, President, Verizon Wireless, New York Metro Region. “It’s a significant step in raising the awareness of domestic violence among New Yorkers, and we thank the Mayor’s Office for leading the charge.”

“The Bronx Chamber of Commerce is concerned about the effect of domestic violence on jobs and business. This initiative will raise awareness that domestic violence does not just occur at home,” said Leonard Caro, President of the Bronx Chamber of Commerce. “Education, such as identifying the warning signs as well as knowing where to turn to for resources, is the key to preventing violence.”

Efforts like these will help to build on the reductions we have seen during the Bloomberg Administration. In fact, during the last eight years, family related homicides have decreased by 20%. If you or someone you know is a victim of domestic violence, please call 311 or the City’s 24-hour Domestic Violence Hotline 1-800-621-HOPE (4673) available in all languages. In an emergency call 911.

Businesses interested in joining this campaign can receive posters by calling the Mayor’s Office to Combat Domestic Violence at 212-788-3156. To learn how to make a donation for services to domestic violence victims through the Mayor’s Fund to Advance New York City, please visit www.nyc.gov/fund.

The Mayor’s Office to Combat Domestic Violence formulates policies and programs, monitors the citywide delivery of domestic violence services, and works with diverse communities to increase awareness of domestic violence. OCDV works closely with community leaders, health care providers, City agencies, and representatives from the criminal justice system to hold batterers accountable and to create solutions that are critical to preventing domestic violence in New York City. Additional information is available at www.nyc.gov/domesticviolence.

The Mayor’s Fund to Advance New York City is a 501(c)(3) nonprofit organization designed to aid City programs. Established in 1994, the Mayor’s Fund serves as an important vehicle for foundations, corporations and individuals to contribute to public programs and enhance the City’s ability to serve its residents. 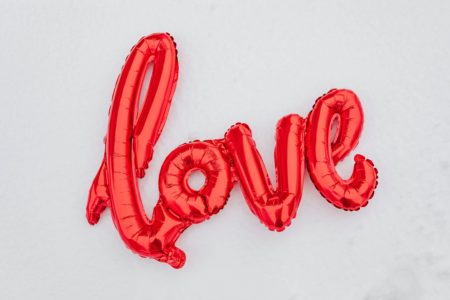 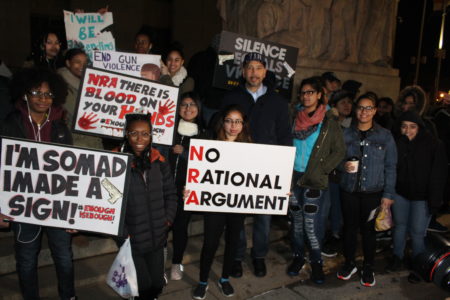 Bronx Students Depart To “March For Our Lives” 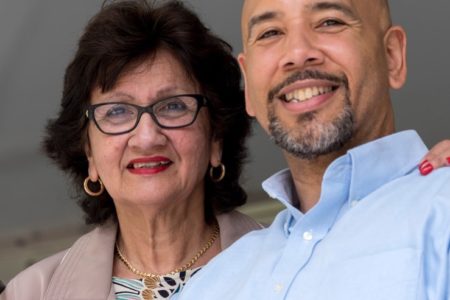