Local rivalries are always tough, hard fought game, and today’s men’s soccer match between Lehman College and the College of Mt. St. Vincent was no different. In a game played at Fleming Park in Yonkers, NY, CMSV took home a 5-4 decision.

The physical match saw a total of four yellow cards during the match and one straight red – to CMSV’s Eric Lara in the tenth minute of the match.

The Dolphins (2-1-1) opened the scoring nine and a half minutes into the contest on a header into the left corner. Shortly thereafter, CMSV took a 2-0 lead.

But the Lightning (1-6-1) responded in a big way. Two minutes after going down by two goals, sophomore Maurice Whyte (Kingston, Jamaica/Kingston College), who was a substitute recently entered into the game, found a free ball at the top of the box and banged home a rocket into the top of the goal.

Before the half would end, Lehman found the equalizer from the foot of senior Geovanny Arrendondo (Yonkers, NY/Yonkers). His unassisted goal left an even ledger after 45 minutes.

As the second half got underway, Lehman continued to apply pressure. Senior Oumar Niang (Bronx, NY/Manhattan Center) found himself on the receiving of a long pass and attacked from the left side. He neatly tucked the ball inside the near post, and suddenly Lehman led 3-2.

As play resumed, CMSV headed right down the field and scored 34 seconds later to knot the match at three goals apiece.
Each team had opportunities as the game continued, until CMSV scored twice in a span of 64 seconds to take a 5-3 lead. But Lehman did not quit.

Junior Momar Thiam (New York, NY) had a header go just high. Niang had a blast go just to the left of an open goal. Finally, Lehman broke through.

In the 80th minute, with Lehman attacking, one of the Lehman strikers was hauled down in the box, leading to a penalty kick. Thiam went right with his shot as the keeper dove left, and suddenly Lehman was down 5-4.

Lehman continued to press in the final ten minutes, earning a corner kick in the 83rd minute.

But it was not meant to be, as the host Dolphins took the 5-4 victory. Senior keeper Marcos Coto-Barnes (Mamaroneck, NY/Rye Neck) made six saves for the Lightning.

Lehman has a few days to prepare for its next contest, a Saturday, September 22, 2012 home match against Hunter College. The CUNYAC opener kicks off at 2:00 p.m. 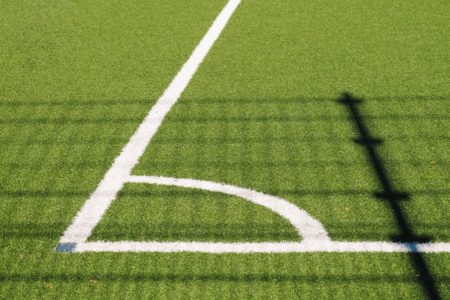 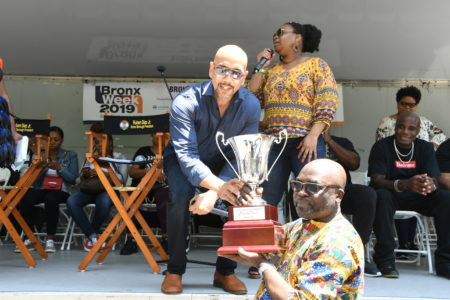