The New York City Council today approved Bronx Point, a dynamic mixed-used development that will feature over two acres of world-class public open spaces with a waterfront esplanade, up to 1,000 units of housing, a home for the Universal Hip-Hop Museum, a state-of-the-art multiplex theater, community space, educational programming, a neighborhood food hall, business incubator and cultural destinations. It will create over 150 permanent jobs and over 1,200 construction jobs.

Bronx Point is a key component of a $194 million capital investment strategy for the Lower Concourse neighborhood, announced by the de Blasio Administration in 2015 and led by NYCEDC. The unprecedented capital investment into the South Bronx neighborhood’s assets was developed through a two-year community process led by NYCEDC that included interactive workshops and visioning sessions to engage the local community in prioritizing the area’s needs.

Major components of the strategy include the acquisition of private properties to develop a new 2.3-acre waterfront park at East 144th Street, a few blocks south of Bronx Point; new sewer infrastructure and a full reconstruction of Exterior Street including three large Vision Zero intersections; and installation of commercial-grade broadband access. All improvements are anticipated to be completed by 2022.

“Bronx Point represents an excellent opportunity to bring new housing units of all types, waterfront access and expanded park space, a new school and other much anticipated cultural and recreational amenities to our borough’s waterfront. I congratulate the City Council for moving this project forward, and I look forward to working with the NYCEDC, HPD, the Parks Department, L+M Development Partners and Type A Projects on this proposal’s forthcoming implementation,” said Bronx Borough President Ruben Diaz Jr. 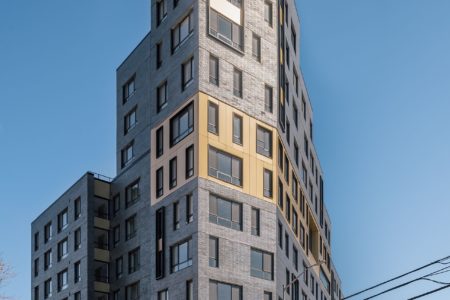 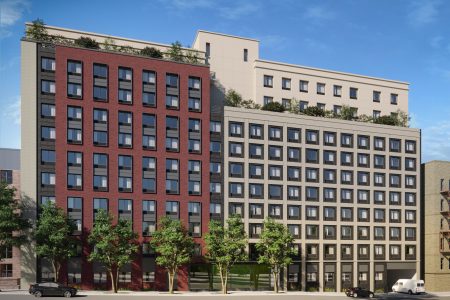